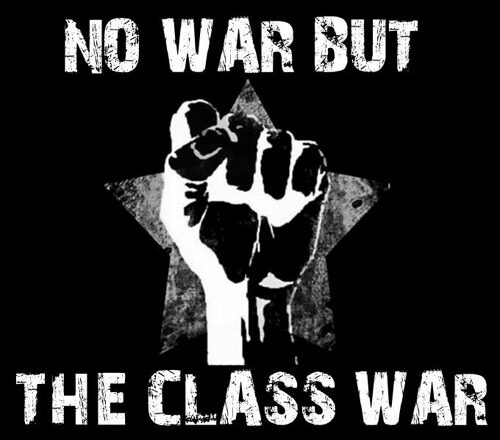 No War! No Peace!

Medz Yeghern; Shoa; Naqba, Anfal. Four words brought to us since 1915 to describe the mass annihilation of a people. A holocaust or genocide.The latter word is legal and specific, a compromise with Stalin in 1945 to exclude his mass slaughter of ‘opponents’ or ethnicities on class or political grounds, from criminal investigation.

The accusations of genocide abound on both sides of the war in Ukraine. Mass slaughter is undeniably taking place and the combatants attribute mutual eradication as the evil intent of the other, though the strict legal criteria of distinct and ethnic or cultural group is unlikely to be met.

But slaughter is happening as at least 50,000 are now thought to have died in the first hundred days.
A distinct group is the key victim, yet falls outside the clinical legality. That group are people like us, ordinary people without investment in the conflict’s course or outcome. The working class on both sides. Families of Russian conscripts are fighting legal battles to get their kids brought back from the front, while ‘contract’ soldiers are refusing to renew or getting legal advice on how to refuse service on medical grounds. So far Russian state prosecutors have avoided the publicity of actively pursuing these dissidents. It has avoided full mobilisation for similar reasons.

In Ukraine itself with a quarter of it’s population displaced, men between the ages of 18-60 are banned from leaving as the state seeks to put a million under arms. Our class continues to be targeted on a wider scale as the consequences of this conflict spread. Turkey is using the joker of its NATO veto over the admission of Sweden and Finland as a screen for its newly declared offensive against Rojava and the Syrian YPG. It has avoided such a renewed assault until now, but the perpetrator of the 20th century’s second genocide, against the Armenians (Germany in Namibia was the first), is emboldened in it’s settling scores with the Kurds. It’s banking on the US sacrificing them to the expansion of the Western alliance.

And it’s not just blood and bombs, it’s stomachs and food too. 1.6 billion people are now in critical food emergency according to the UN. A fifth of the worlds population are being made dispensable to the war aims of this conflict. The African Union‘s recent plea to Russia to unblock the ports has so far been met only with words, “Russia is always on the side of Africa” say’s Putin, as bellies rumble, unemployment grows and social unrest spreads.

How much humiliation is too much for Russia, or what should Ukraine be prepared to give away Is the current shape of the debate. But the Russian state or the Ukrainian state are distinct from the workers that live in both who are paying the price of this war and will do for years to come.

The more important question for us as revolutionaries and internationalists, is how do we as workers spread opposition to this war and show solidarity with those from our class under fire to die for the vested interest of capital ? Defeatism is not pacifism, it can’t afford to be – it is an active defence of community and resistance to the idea of a capitalist victory or a capitalist peace.

A peace they envisage, if and when the arms industry and capital allow it to happen, is already being pre-defined as a frozen or ongoing attritional conflict. A relentless profitable mill, grinding the bodies of workers to feed the power of the Western-backed millionaire Zelensky and the cleptocratic dictator Putin. Meanwhile, global capital’s arms economy studies the Key Performance Indicator’s of their latest tech in real time.