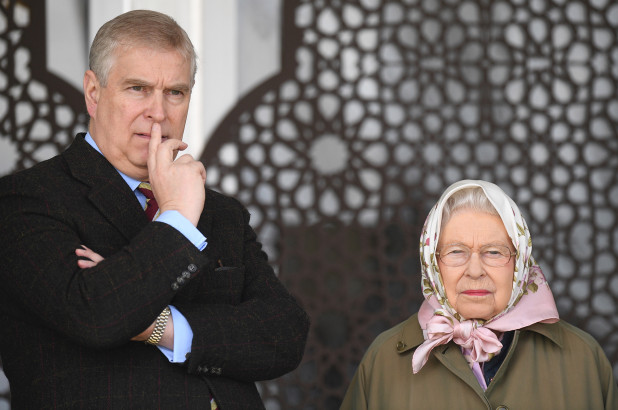 As we said in a previous article on the monarchy, “the ending of the monarchy depends on mass distaste for a parasitic institution.” This is becoming more of a reality with the recent disclosures over Prince Andrew.

This has proved to be a nightmare for the Royal Family. The annus horribilis of 1992 looks like a picnic compared to what is happening now. Disgust was already growing when it was revealed that £369 million of public money was spent on doing up the various palaces and country houses of the royal family, in addition to the £345 million given out to them every year. There was also concern about the £2.7 million spent on the wedding of one of Andrew’s daughters, Princess Eugenie, complete with public procession.

The Queen, under pressure from Prince Charles and his son Harry, who wishes to develop a “people’s monarchy” in order to save it, has been forced to stop the annual payment to Andrew of £249,000. In addition, Andrew was pressurised to give up his public role, which involves around 200 charities. Charles and his fellow modernisers in the Firm, as the Royal racket is known among themselves, have been looking at slimming down the Monarchy for some time, against the opposition of Andrew, who wishes to retain himself and his two daughters. In addition, the forthcoming wedding of his other daughter, Beatrice, will not now be a lavish affair like that of Eugenie., but will be privately funded.

In addition to this there was the concern over the unelected Head of State, the Queen, endorsing the move by an unelected head of government, Boris Johnson, to prorogue Parliament. This was a scenario that the Queen dreaded. If she had refused Johnson’s request, and gone along with her own pro-EU sentiments, she would have been seen as breaking with the idea of so-called political neutrality of the Royal Family, a question of damned if she did and damned if she didn’t. By agreeing to the request, she has been shown to be a tool of a minority in Parliament, which has disturbed leading lights in the ruling class, who have always tried to obscure the role of the Royal Family. The Royals are kept in reserve as a weapon of the British ruling class, with powers to dismiss an elected government from office. As we said previously, the Queen is at the tip of class society in Britain. She is Head of State, and indeed Crown and State are interchangeable. The crown dominates the legislature – the system of law-making, and the judicial system and is the employer of the civil service and the rest of State bureaucracy. It embodies the whole hierarchical and class system. The commentator Ben Pimlott talked about the “Queen in people’s heads” meaning the important role she plays as the perceived head of society. The myth of “national unity” is built around the role of the Queen, with all that that entails like privilege and deference, and “continuity”.

The modernisers within the Royal Family will now push ahead with their plans to save themselves. But as public revulsion against the Royals increases, pressure must be brought to bring down the Monarchy, a keystone in the ruling class edifice in Britain.