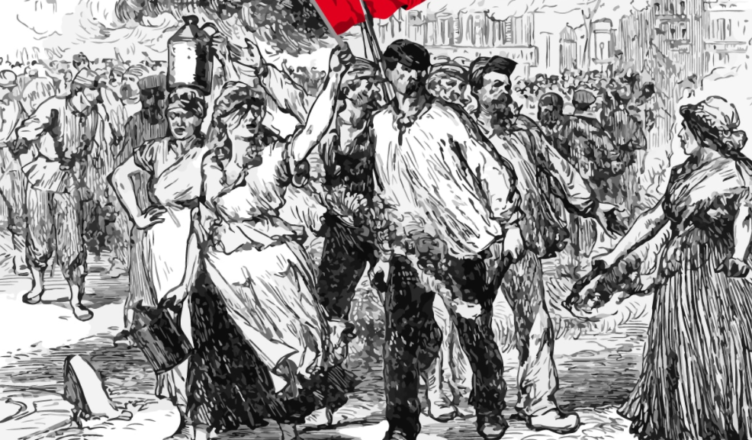 No more deluded by reaction
On tyrants only we’ll make war
The soldiers too will take strike action
They’ll break ranks and fight no more
And if those cannibals keep trying
To sacrifice us to their pride
They soon shall hear the bullets flying
We’ll shoot the generals on our own side.

This is one of the verses of the famous revolutionary anthem, the Internationale, written by the Frenchman Eugene Pottier, a libertarian socialist who took part in the Paris Commune of 1871 and who wrote the song whilst on the run after the Commune was crushed. It is a verse that is often not sung because of its revolutionary implications.

One of the slogans that the Anarchist Communist Group has put forward over the Ukraine War is that soldiers should turn their guns on their own officers. There is a long history of this, including the ‘fragging’ by US GIs of their officers during the Vietnam War. The latest instance of this is when Colonel Yuri Medvedev, leader of the Russian 37th Motor Rifle Brigade, and an elite commander, had his legs crushed when his own soldiers turned on him after having sustained huge losses during the war in the Ukraine and drove a vehicle over him. He was taken to Belarus for treatment, but died of his injuries. 750 of the 1500 troops in the tank battalion had been killed.

Whether conscript or ‘volunteer’ (and often this is economic conscription because young people are forced to join the armed forces because of unemployment in their area), soldiers should bear this in mind when forced to fight wars. They should remember that the real enemy is the ruling class, that the working class is international, and they should think about their own class interests.