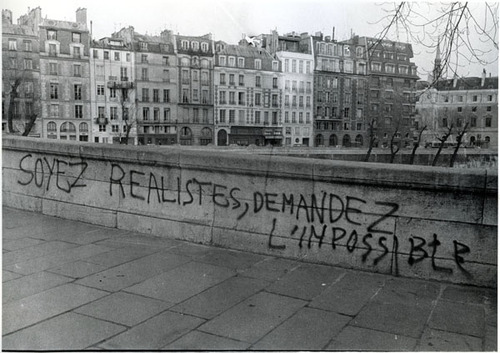 We are realists. Posing Revolution as the alternative to war is not utopian: imagining the current system, capitalism, is working and is a viable alternative, is. Change might feel impossible, but survival without it is improbable.

War has always happened but where it happens now threatens to destroy us all! It should come as no surprise though. War has been the reality in Yemen, Syria and Afghanistan most recently with West and East playing their respective parts. The only consolation is that it’s not going well for one super power.

A stalled and confused invasion is threatening not just the regime’s prestige but also it’s stability. Putin has been forced to offer £35k bonus to each serving soldier in Ukraine plus £20k for injury. A high price for failing morale. We have seen this tactic here before, it is reminiscent of Thatchers’ bonus to the police occupation forces of the British coalfields in 1984. States waging war is their stock in trade, whether it be Russia against Ukraine or our government against the miners the common target is the same – our class, ordinary people like us, the working class everywhere.

The Russian army’s experience is in stark contrast to the morale and resilience of volunteer militias defending their neighbourhoods and communities. To be clear, we shouldn’t fall for the illusion of a just war between states. We can however despise vicious Russian state imperialism and learn from popular resistance to it, tactically if nothing else. People have joined local defence forces for many reasons, but chiefly because they think for survival, they have no choice.

History has shown us that a people armed have often developed a mind and momentum of their own. Ideally this would be for those armed on both sides to use their guns against their masters and for their class! A key task for the success of that resistance now is to look to the community and solidarity of defence and mutual aid, beyond the nation and the state and the false, destructive and violent solutions they relentlessly demand, and will once again attempt to impose as the final solution. Peace as before is another war against us in waiting. We are realists, one solution, revolution!