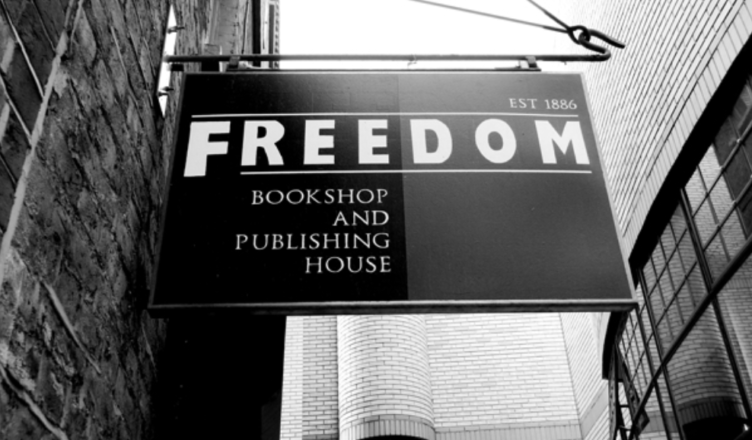 We cannot leave the recent comment pieces in Freedom uncommented on. The first piece, “Fuck Leftist Westplaining” by Freedom editor, Zosia Brom (4th March), contained much that we politically and intellectually, disagreed with. While we have every sympathy for where it was coming from emotionally, unfortunately, any point that needed to be addressed was drowned out because it had been so heavily framed in identity politics.

However, when this was compounded by the actual nationalism and xenophobia of the piece, A Thousand Red Flags by Darya Rustamova (7th March), a polite veil could no longer be drawn over the matter.

We have long warned that the danger of identity politics was that it was leading the unwary into right wing territory. And now we have evidence in the comment section of Freedom.

The ACG has condemned Putin and his invasion of Ukraine. We have done so from a class perspective. Freedom, on the other hand, has published the sentiment “it is truly understandable that many people hate Russia and Russians and anything to do with Russia, and more power to them”. Let us repeat that: more power to people who hate Russians. It is unthinkable that Freedom should publish that sentiment.

The article proclaims that, “It also isn’t anti-left to be Russophobic”. We don’t know if it’s anti-left, but it is xenophobic and it is non-anarchist. As is arguing that “nationalism or patriotism (or however we feel most comfortable defining it in English) can be empowering and important for people who are under threat of imperialist invasion”.

It has always been the position of anarchists in these circumstances to emphasise, boost and support the self-liberation of the working-class. For Freedom to now be actively promoting nationalism, xenophobia and hatred of a nationality because of the actions of their government is unbelievable, unacceptable and hopefully a passing aberration in a moment of stress.

Since posting this, the Freedom site has now edited the Thousand Red Flags article removing the points we most took issue with. So, for continuity, here are the relevant excerpts from the original (the bold is ours):

“We can’t risk assuming the same logic applies when Ukraine and the UK are incomparable. While the latter is literally an imperialist force, nationalism or patriotism (or however we feel most comfortable defining it in English) can be empowering and important for people who are under threat of imperialist invasion. Around the world, the fights for citizenship, autonomy, and self-determination come alongside asserting certain flags, languages, religions, and cultures. This isn’t the same as far-right, neo-nazi groups who do it on behalf of somewhere like England. Fascism punches down, resistance is not the same. From Ukraine to Scotland to Western Sahara to Palestine to Tatarstan, we stand with the people resisting imperialism.

“Bad-faith accusations of Russophobia are corrupting our ability to properly criticise how pointless it is to arbitrarily ban everything Russian. I get that Russian people often get tied closely to the actions of the state and it makes sense, Russians have famously played a big part in the formation and destruction of governments. Russians and Russian things are often seen as political even if they’re not. Everything is pushed through some ideological prism and used for endless manipulations of the political spectrum. And while it is truly understandable that many people hate Russia and Russians and anything to do with Russia, and more power to them, part of the narrative Putin is giving to Russians is that he is the only person on their side. “It’s us against them”. He says the rest of the world hates us, watch how they treat us. He says Ukrainians are Russophobes (imagine). The insular, exceptional nationalism which Putin has been carefully nurturing and weaponising will only become more effective if the rest of the world turns its back on Russian people.

“It also isn’t anti-left to be Russophobic, but taking Russian bands off festival line-ups also isn’t going to help anyone.”