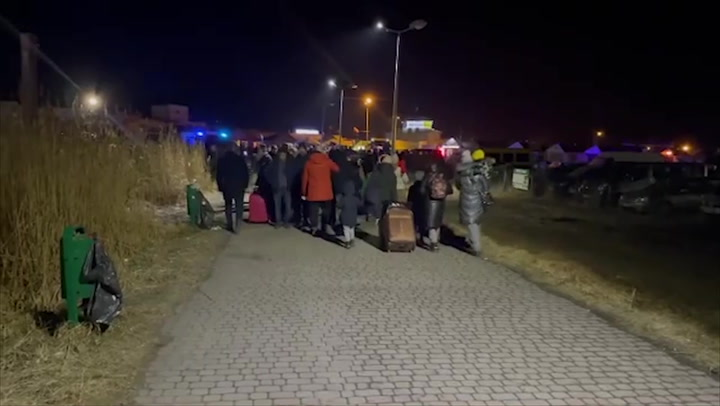 Solidarity between the Russian and Ukrainian working classes.

No to Russian imperialism. We condemn the Russian invasion of Ukraine, as we condemn its intervention in Kazakhstan against the uprising there and as we condemn its support of the brutal Lukashenko regime in Belarus and of the equally brutal Assad regime in Syria.. No surprise that Belarussian troops have been deployed in Kazakhstan and Ukraine. For the immediate withdrawal of Russian troops from the Ukraine. For complete solidarity with the anti war movement in Russia, where the Putin regime has responded with 1700 arrests .For the overthrow of the rotten Putin regime and the rule of the oligarchs.

No to NATO and the myth that it is ‘defensive’. It has always been an instrument of US foreign policy and of Cold War politics and has aggressively intervened in Afghanistan, Libya and Serbia. NATO has a long history of bombings of civilian populations and the resulting crises that have engendered hunger , deprivation and waves of refugees. For the disbandment of NATO.

Neither Washington nor Moscow. Our enemy’s enemy is not our friend. No to inter-imperialist rivalry. International working class solidarity.

Soldiers, turn your guns on your masters.

For the opening of borders to refugees from the war in Ukraine.

At home in the UK, for the development of a mass movement against war, which takes no side but that of the working class. All the Western powers , including the Johnson government, are attempting to divert attention from the raging economic and environmental crises. The Labour Party under Starmer has been complicit in this, praising NATO and calling for “national unity”. It has used the Ukraine conflict as a pretext to move against the Labour left, which it at the least aims to humiliate and at the most aims to purge completely. The Labour left has responded to the Starmer leadership threats with complete capitulation. For a complete break with Labour, a party of warmongers. For an autonomous mass movement that will sweep away all the corrupt mechanisms of British society, the monarchy, the police, the political parties.

For the mass occupying of Russian oligarchs’ property in Britain and their immediate conversion to social housing.