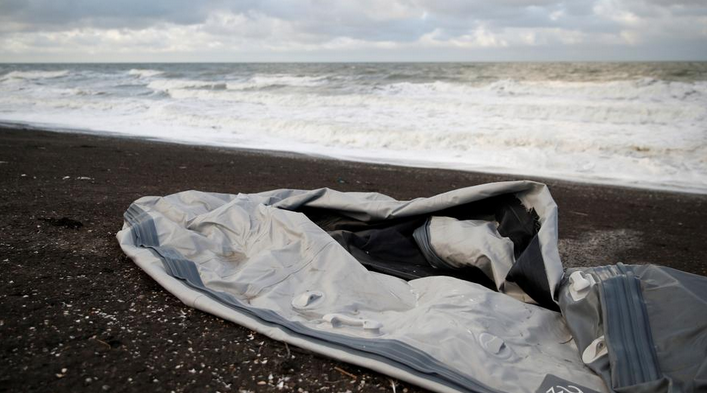 The following is a statement agreed by the ACG and the Union Communiste Libertaire (UCL) in France.

The recent twenty-seven deaths of refugees in the English Channel follow another ten deaths this year of desperate refugees attempting to cross to the UK. There does not appear to be official figures for the number of deaths in similar circumstances over the last twenty years, but last October a figure of 296 was given of those attempting to cross by boat or tunnel. These latest figures raise the number of deaths to over 330, to say nothing of the thousands who have met their deaths in the Mediterranean. Our thoughts are with the relatives and friends of those who have died.

Both the British and French governments have attempted to place the blame for these deaths on people traffickers. But it wasn’t the traffickers who supplied the arms to vicious authoritarian regimes and who intervened in Iraq, Libya and Afghanistan, with bombings and occupations, destabilising the region, it was the Western powers, and that includes France and Britain. In addition, the French state has carried out a war against the refugees, dismantling their camps and pulling down their tents in the middle of winter, running out rolls of barbed wire around a camp at Lille and along the railway tracks to Calais, rounding up migrants, subjecting them to harassment, gassings, and strip searches. On the day of the tragedy that resulted in the 27 deaths, the sub-prefect of Boulogne-sur-Mer sent the police to stop the survivors being supplied with dry clothes.

There have been 1,281 recorded attempts to cross the Channel since the beginning of the year, involving a total of 33,083 people, according to the French maritime prefecture of the Channel and the North Sea. The British Home Office recognises that 25,792 refugees managed to reach Kent, and the Maritime Prefecture says that it has brought back 8,200 during rescue operations.

The refugees don’t come to the West just to annoy people in Calais and in Kent. They are fleeing mass murders, bombings, oppressive regimes and political and religious persecution. Many are Kurds who have been forced to flee from Iraq, Iran and Syria. They are not coming to the UK to “scrounge” as has been stated by Priti Patel and other Conservative MPs in parliament, but because there are already existing migrant communities who can support them and provide work, often off the record. Indeed, in early November, Patel stated that 70% of refugees were ‘economic migrants’ and she has not substantiated this spurious allegation. Tory MPs like Edward Leigh and Julian Lewis have gloated in Parliament over the deaths, saying that it would act as a lesson for those attempting to cross the Channel into Britain.

Both the French and British governments have expressed hypocritical sympathy for those who have died, Macron saying that he would not let the Channel become a cemetery. His actions say otherwise. Meanwhile Boris Johnson allocated £54 million last summer to stop crossings. Both are cynically using the crossings to exacerbate the tension between the British and French governments.

It is precisely because of the militarised and heavily fortified crossing points, particularly at the entrances to the tunnel at Coquelles, that have forced refugees to take to sea, often on improvised rafts.

Johnson came to power because of Brexit and one of the aims of Brexit was to end the influx of migrants, especially from the Middle East. This is failing significantly, as around 25% of refugees manage to cross to Britain. In France there is the run-up to the presidential elections, and candidates are keen to show how zealous they are to combat migration.

The Johnson government has closed down any legal paths into the UK and ways of setting up safer routes, such as allowing asylum applications at British embassies, which it virulently opposes. The resettlement scheme he promised for those fleeing from the Taliban in Afghanistan three months ago has still not been implemented, forcing many to take dangerous routes to escape. As for Priti Patel, the Home Office minister, she continues to blame the French government and her own legal advisers and officials for a failure to deliver on Brexit promises. She has raised the idea of a “push-back” policy, with the coastguard and the Navy forcing refugees back to France mid-Channel. No seafarer relishes condemning anyone to drowning, and even the staff union of Border Force, the frontiers law enforcement agency, has rejected the “push-back”. Other crazy schemes mooted have been the sub-contracting of processing asylum seekers to distant countries, for example Albania. The Albanian government has dismissed this as “totally fake”.

For us, libertarian communists, the world is not divided between East and West, North and South, but between the classes, between those who rule and exploit and profit, and those who work and produce the wealth, and are used as cannon fodder by the boss class. Solidarity between French and British workers and with the migrants. Don’t let the nasty, sordid aim of restructuring capitalism on a global scale by those who rule and exploit fool you. The workers of the world have no country. It is time to resurrect a class consciousness that does not recognise borders and states. In the meantime, we must fight to stop any further deaths in the Channel.

The French version can be found on the UCL website here.