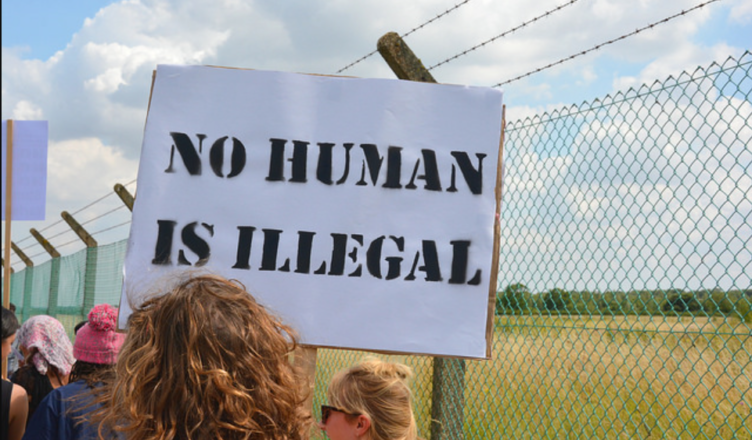 The Nationality and Borders Bill passed through the House of Commons on 8th December 2021, with barely a flicker of recognition from the national news agenda. But this dehumanising legislation deserves our attention and our indignant rage.

The legislation makes it much easier to deny asylum to people who have been convicted of a crime and includes measures which deny protection to victims of modern slavery if they have been sentenced to 12 months or more in prison. The logic being that if someone has committed a crime, then they deserve to lose unconnected human rights. We don’t agree with that assumption to start with but let us burrow down into the reality.

The hostile environment that Priti Patel is building will criminalise many daily activities like working and driving, if you are someone without immigration status. Staying on the right side of the law is already a daily tightrope for people with no secure immigration status. To add to this precarious existence, the Nationality and Borders Bill creates new criminal penalties for people arriving in the UK without documents. This cynical manoeuvre puts people seeking asylum and victims of trafficking at risk of prosecution, ensuring they are trapped by a Catch-22 designed to criminalise them. Once criminalised, the new Bill will deny them the protection that capitalist society owes them, having played such an active role in destabilising their countries of origin in the first place.

The language the government uses, flexing its muscles against “foreign criminals”, is shown up for what it is: a dishonest manoeuvre intended to once more widen the net of the state already employed so cruelly against people in desperate situations.

Furthermore, people who are victims of modern slavery will often be in danger of convictions arising directly from the conditions of their exploitation. Manipulated and abused by their slavers and by the law, they have nowhere to turn. Who do they trust when a hand is offered to help them? How can they report their situation when the legal path that opens up for them has such dire consequences?

This dehumanisation of people who should be able to expect protection, dignity and hospitality ought to be nauseating to all decent people. We should be horrified, and take this as a warning against the authoritarian path we are being led down, but in this as with so much else, our journalists are failing us. We cannot rely on others to warn us, we must warn each other.  Talk to people, explain to them the facts, don’t allow the government spin to win.