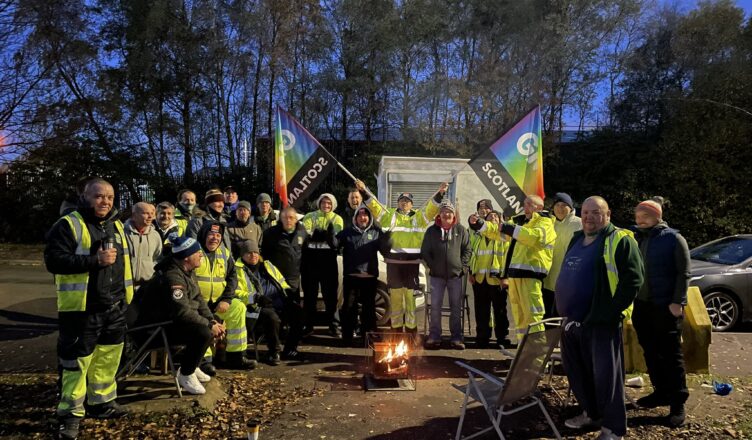 We are sickened but not entirely surprised to learn that the SNP-run Glasgow City Council has threatened to bring in scabs against the striking cleansing workers and is bullying the GMB union with threats of billing them with the scabbing costs.

The SNP has a reputation for talking left and acting right, but this is beyond the pale.  Any party that claims to be on the side of the ordinary worker does not use scabbing tactics.

This comes after an unsavoury scramble by many online nationalists to denounce the striking workers as “talking Scotland down” or being “dupes of the Labour Party”.  Such simplistic anti-worker bile is to be expected of these keyboard clowns, devoid as they are of any class solidarity, but it was hoped that the SNP itself might have been more tuned in to the reality.  It is abhorrent that instead they have gone with these capitalist, anti-worker divide-and-rule tactics.

We in the ACG believe in working class solidarity.  We support the cleansing workers in their time of need because we know that when our time of need comes, they will support us.  That’s how class struggle works.