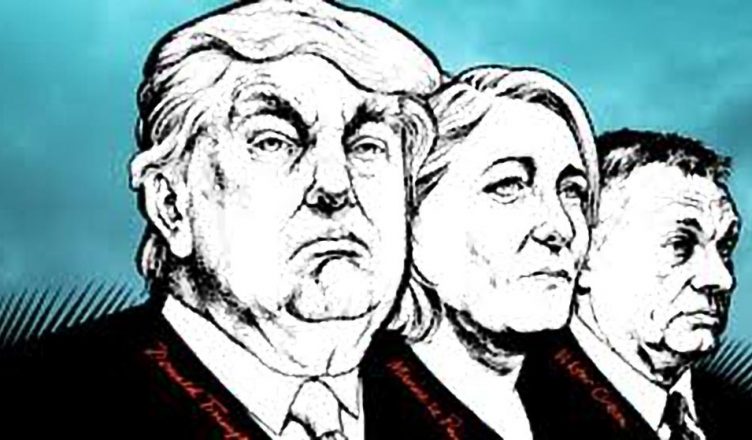 All governments are a tool that the wealthy uses to further their own objectives. The ruling class is quite happy to throw aside any government if it stops being useful. The wealthy need a government to maintain their privilege and power whilst also ensuring that the general public does not start to organise and fight back.

At the same time we have the press playing a huge role in shaping our culture, political views and attitudes. Media companies, are businesses with interests that align largely with other business owners and the wealthy elite. As such, as they pump out “news” stories, adverts, podcasts, and even drama, they are trying to make sure that the working class remains divided and allow themselves to be exploited in the interests of the rich and powerful.

On top of the influence of the media, the vast majority of the working class are paid poor wages, with little economic security and effectively zero political influence. This constant state of insecurity can create the perfect environment for toxic ideas about ethnic minorities, women, or other “identities” that are seen as “different,” to take root.

What we call populism is when the ruling class jettisons the traditional political leaders and replace them with a government that is better able to play on people’s economic fears and insecurities and blame whatever the “different” group are for their problems. This normally becomes necessary after a period of economic crisis where working people have been exploited particularly badly.

This is why Trump is a populist. He has been whipping up fears of migrant criminals flooding over the border and implementing policies that have seen at least two children die of preventable deaths in custody after they had been locked up in cages that have been nick named “Ice” cages. Trump doesn’t care about these children and the point of his government isn’t to kill them. The mission of his government was to pass the massive tax cuts earlier in the year that saw rich companies and individuals pay massively less tax. The only way that Americans could be persuaded to vote for this agenda was to play on popular fears of foreigners.

There are countless other examples as well as Trump, including an election in Brazil that has seen one leader arrested and replaced by Jair Bolsonaro a man who stated he would rather his son die than be gay and that some of the black people in Brazil are so lazy they do not even procreate anymore. This man’s rise to power was facilitated after a large amount of oil was found in Brazilian waters. The wealth from this oil will not end up in the hands of the workers of that country.

Its obviously vitally important that workers organise to resist these governments that play on popular fears to maintain their positions of power over the economy. We not only need to do this to stop the intimidate evils of populism, but we also need to end the fundamental economic exploitation that lays at the heart of all economic and political activity, namely capitalism. We also have to acknowledge that these populist governments have genuine popular support and it is the role of all pro-revolutionaries to undermine this support and explain that it’s your boss who is the real enemy.