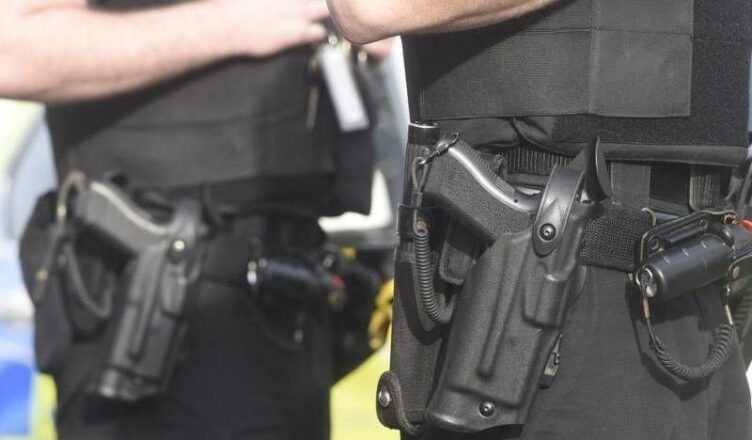 Well, there’s a surprise. The leadership of the Scottish Police Federation (SPF) wants the polis to be armed. 1919 Magazine, a “justice and social affairs” magazine wholly owned by the Scottish Police Federation, led with the story in its September edition. The front page is emblazoned with the slogan “Call to Arms” and claims “the majority of Scottish police officers ‘would like’ access to a handgun”.

David Hamilton, Chair of the Scottish Police Federation, told STV’s Scotland Tonight: “This is about self-defence and defending other people”. We at the ACG are not comforted by this claim. There is no evidence the Scottish Police need more ready access to lethal force for self-defence. The last death of a Police officer by violent assault in Scotland was in 1994. Today’s cop in Scotland already has more access to back up, resources and arms than ever before. We do not want them reaching for handguns in response to each minor confrontation. And we know from the US that routinely armed police means the routine killing of civilians, especially working class. We know that black people are disproportionately killed by American police, but there is evidence that a better predictor of death at police hands is class and income level.

One thing we know about the police is that once they have a power, they hold fast to it. Once routinely armed, the Police hierarchy will not give it up, and the trend will spread to other parts of the UK.

Press coverage has uncritically called this a demand by “the police”, but even that seems not to be true. The 1919 story does not provide details of whether the survey was carried out by a recognised polling company, nor under which conditions. It would, however, appear to be this one: spf.org.uk/ppe-survey-results-2021/

The Daily Record front page carried the story on 7th September 2021 and features the subheading “4 in 10 on the force attacked last year”. This is not true. In fact, it was 40% of the officers surveyed in an apparently self-selecting survey of Federation members. This cannot be extrapolated out to the whole of Police Scotland. Nor is there any analysis of the nature of the attacks. Were they called bad names? Argued with? Pushed a bit? The Record uncritically accepts the Federation’s spin as evidence in this call for armed cops on our streets. In fact, the survey itself has 40% of those cops responding to the question about being armed with handguns choosing the option “I don’t want this at all”.

When in 2015, Kirkaldy resident Sheku Bayoh died after being restrained by Police, it took them only 42 seconds to bring him to the ground. This was done without handguns. It only required spray and batons to result in his death. If the cops have the ability to shoot first and ask questions later we will see many more outcomes of this sort.

Why the SPF has decided to launch its latest quest to arm officers in Scotland is not clear, but somewhat unbelievably, in the same issue of 1919, the Federation pushes the line that police officers should not administer the potentially lifesaving drug naxolone to drug users who have overdosed. Gordon Forsyth, assistant to the SPF general secretary (health and safety), says a big concern is the potential repercussions for officers if someone goes on to die after they administer naloxone. Concern for the repercussions to members of the public if cops carry handguns does not seem to be such a pressing health and safety matter for the SPF.