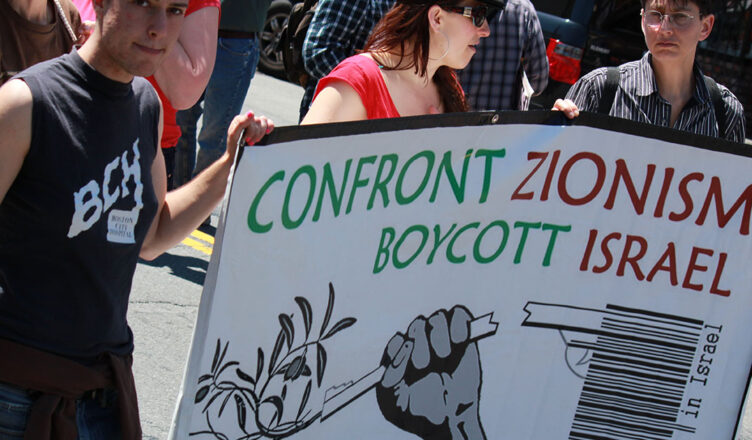 Bakunin wrote, in The Capitalist System, “What is it that brings the capitalist to the market? It is the urge to get rich, to increase his capital, to gratify his ambitions and social vanities, to be able to indulge in all conceivable pleasures. And what brings the worker to the market? Hunger, the necessity of eating today and tomorrow. Thus, while being equal from the point of juridical fiction, the capitalist and the worker are anything but equal from the point of view of the economic situation, which is the real situation”.

Somehow, for some people, that glaring fact is missed. For them ownership is not the cause of the disease, it is a symptom. They look past it for the cause. They ask: “what is it these powerful people have in common?” and instead of seeing that ownership is the cause of their power, they look for other commonalities. Their lack of clear thinking leads them to a misdiagnosis.

Forgetting the backgrounds of all the Bill Gateses and Jeff Bezoses, the Warren Buffets and the Armancio Ortegas, the Bernard Arnaults and the Jim and Alice Waltons, they see not capital but ethnicity, and everywhere they think they see Jews. This is because that’s what they’re looking for. Like the pessimistic driver who remembers only the red lights they get stuck behind and not the green lights they sail through, they see only what they’re looking for. Their selection bias not only fails to see non-Jewish billionaires, it also fails to see non-capital owning Jews.

This much should be obvious. This much should be common sense, and there should be no issue about it, were it not for the foaming-mouthed conspiracy theorists who abound on the internet, who disregard the obvious explanation we started with, and look instead for cabals of Jews, writing off any evidence to the contrary.

And yet we have that seemingly anomalous phenomenon that was brought blinking into the light during the accident-prone period of Corbyn’s leadership of the Labour Party: the issue of anti-Semitism on the broader “left”.

This came as a surprise to some as anti-Semitism has been more associated with the right in recent decades. However, we need look no further than identity politics for the insidious reach of anti-Semitism on the so-called left.

It is a logical extension of identity politics being accepted as the only way to do solidarity that blame ends up being apportioned according to identity. We can call this ethnic nationalism, or we can call it racism, but whatever we call it, it is not anti-racism.

The Israel-Palestine conflict is a subject for another article. Suffice it to say, the Israeli state has indeed run an apartheid-like campaign of oppression against the Palestinian people. We stand in solidarity with Palestinian workers, as with all workers.

But a problem arises when we see identities before we see relationships with ownership. Disparity in power is put down not to ownership, but to ethnicity.

In the so-called left’s anti-Semitism morass, there are three strands that some people seem to find it difficult to disentangle.

1. The disingenuous labelling of all criticism of the Israeli state, its actions and policies, as necessarily anti-Semitic.

2. The actual anti-Semitism that exists on the left, often associated with Palestinian solidarity (which does not have to be in itself anti-Semitic); the blind eye turned to it; the dodgy alliances thereby arrived at.

3. The use made of both of the above by anti-Corbyn forces inside and outside of the Labour Party.

Corbyn and his team were at the very least accident-prone on dealing with this. They were especially inept at dealing with 1 and 3 because of 2.

We’ve all seen 2. It does us no favours to keep saying “but 1” or “but 3”. As revolutionaries, we, unlike the former Labour leadership, need to deal with 2, and decisively, no matter whence it has arisen.

Because it did not go away when Corbyn left the Labour leadership.

The following passages from Malik’s piece on anti-zionism and antisemitism are particularly worth picking up in this context, but it’s only a short piece and worth reading in full.

“Particularly in sections of the left, anti-Zionism has more and more appropriated, often unrecognised, anti-Semitic tropes.”

“There are, in other words, many forms of anti-Zionism, some progressive, some anti-Semitic. What has shifted is that left wing ideas of anti-Zionism have become increasingly colonised by anti-Semitic forms. The reasons are complex, ranging from evolving notions of ‘anti-imperialism’ to the mainstreaming of conspiracy theories.”

“Identity politics has led many to target Jews for being Jews, especially as they are seen as belonging to a group with many privileges to check, and to hold all Jews responsible for the actions of the state of Israel. Many who support the Palestinian cause, including many within the Labour party, seem genuinely unable to distinguish between criticising Israel and sowing hatred against a people.”

We in the ACG are critical of the ideologies and alliances that Trotskyist sects brought into campaigning organisations. Many of us found in our dealings with the Stop the War Coalition, for example, that the Trotskyists who overran that organisation had become bogged down in multiculturalism and identity politics. In their desire to seek alliances with reactionary Muslim groups, suddenly homophobia, sexism, misogyny, and so on was overlooked when it came from certain quarters. This reactionary gunge came spilling from the belly of the Trotskyist Trojan horse like rancid offal.

“The issues that we had raised in our critique of multiculturalism became accentuated as the number of ‘religious leaders’ and representatives increased exponentially. They became a critical part of New Labour’s neo liberal instrumentalisation of ‘community’ and they were given additional spaces within which to manoeuvre.”

“…we also opposed the way in which the Stop the War Coalition responded to this new security state by building an alliance with factions of right wing Muslim Brotherhood and Jamaat-e-Islami networks in Britain. At the time, there was little scrutiny of global fundamentalist networks by either anti-racist or feminist academics and activists.”

“However, there has been an entrenchment of religious identity politics – something we spent decades contesting.”

“Asserting that rights need not be justified by religious texts or frameworks, but must simply be available to everyone, requires new struggles.”

So how do we voice our opposition to what we used to safely call Zionism?

Let us leave to one side for now our opposition towards the concept of states. States exist, and we need to work within the reality we have before us. We argue that the current state of Israel is a racist endeavour: it seeks to be a Jewish state. If it sought to be a state in which Jews (and other residents) could live and exercise self-determination, that would be a different matter. A secular, non-discriminatory, democratic state of Israel is acceptable (in the context of a world at least espousing those values). A racist, apartheid state is not.

The question we are left with is what does the term “anti-Zionist” look like to the casual reader? Technically we might be “anti-Zionist”, but like it or not, arguing for the technical meaning of this phrase is closing the trap door when the Trojan horse has long ago spilled its decaying guts. To the casual observer, in the context that has been bequeathed to us by the Labour Party’s mishandling of the furore, using the term makes us look like barking xenophobes. We argue that it is far safer to use more precise and unambiguous phrases like opposing the Israeli state, its policies, or its actions.

That way we raise ourselves above the identity politics mire.