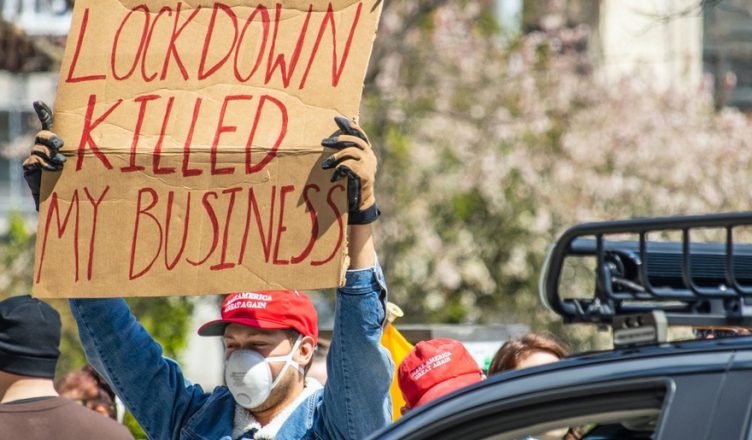 A group calling itself the UK Freedom Movement has organised a bunch of so called “freedom picnics” across the UK to protest against the lockdown and the “authoritarian laws curtailing good old British freedoms”. There has been some confusion as to who is actually organising these events with various right-wing groups falling over themselves to now distance themselves from the picnics. What is clear is that these picnics are inspired by the right-wing demonstrations that took place in the US and that a lot of the sharing has been done on right wing sites. They (the picnics) also seem to have support of various ‘conspiracy theorists’ as well as a purported “group of anarchists”. It is unknown who these people are but we can say that they are not associated with the ACG or any other anarchist group we are aware of.

An investigation by the group Hope Not Hate has ascertained that “While the protests are not explicitly far-right, there are distinctly far-right elements to many conspiracy theories and any movements that have conspiracy theories at their heart will inevitably attract a far-right crowd. Moreover, even the less conspiracy-minded wing of the far right may choose to ally themselves with this movement on the basis of shared antipathy to the establishment”. They go on to say that antisemitic elements have been involved in the attacks on the lockdown and that the “strength of opposition to the lockdown has been highest among a particular demographic of the far right: anti-Muslim activists. Jayda Fransen, Paul Joseph Watson, Katie Hopkins and Gerard Batten have all come out strongly against the lockdown and share their islamophobic focus commonly present in their activism”.

We do not in any way support these so-called freedom picnics and as an organisation the ACG is committed, though not uncritically, to following the science and as such, the advice of scientists and health professionals in this area.

“Does it follow that I reject all authority? Far from me such a thought. In the matter of boots, I refer to the authority of the bootmaker; concerning houses, canals, or railroads, I consult that of the architect or engineer. For such or such special knowledge I apply to such or such a savant. But I allow neither the bootmaker nor the architect nor the savant to impose his authority upon me. I listen to them freely and with all the respect merited by their intelligence, their character, their knowledge, reserving always my incontestable right of criticism and censure. I do not content myself with consulting authority in any special branch; I consult several; I compare their opinions, and choose that which seems to me the soundest. But I recognize no infallible authority, even in special questions; consequently, whatever respect I may have for the honesty and the sincerity of such or such an individual, I have no absolute faith in any person. Such a faith would be fatal to my reason, to my liberty, and even to the success of my undertakings; it would immediately transform me into a stupid slave, an instrument of the will and interests of others.”