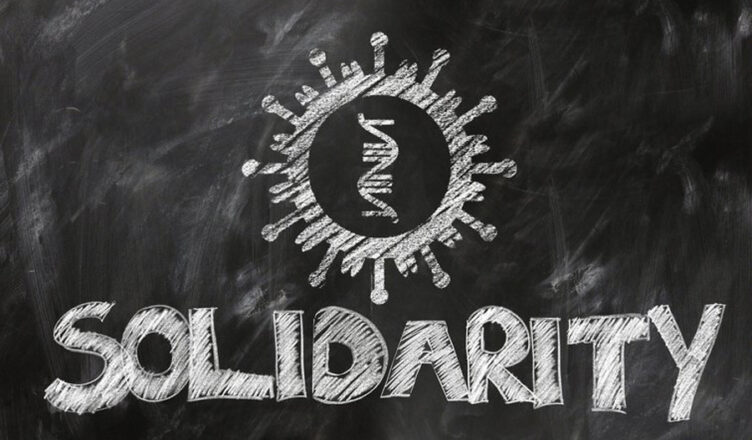 Given anarchism’s attitude towards authority and the State, you would have thought that we would have been all for the way people are rebelling against the various lockdowns and rules, which have been imposed by the State and enforced by the police. After all, isn’t anarchism about freedom?

There may be some anarchists who would fit this description, however, in the ACG we are anarchist communists and though freedom from coercion is a key part of our politics, so is collective responsibility, mutual aid and solidarity. We take a different approach to being safe during the pandemic, both from the government and those who claim to be rebelling against curtailments of their freedom.

Firstly, we need to be clear about two things:

Anarchist communists believe in self-organisation. We do not follow rules because the government says we have to, we follow rules that we ourselves have collectively developed. It is this that lies at the heart of the problem with lockdown; rules have been imposed on people without a sense of them arising from people themselves. They do not come from the experience of people in the community and the workplace but are developed with other agendas in mind. This has resulted in confusing and contradictory messages and has created a general mess, leading to many ignoring guidelines, whether that be individuals, workplaces or other institutions. One example was the rule that all pubs needed to close at 10 pm. This was not thought through and led to people piling into the street at the same time and workers having to travel home in crowded transport.

One of the key problems is that the government, despite following the advice of scientists to an extent, continues to put the economy and profits first. This has resulted in workplaces staying open that are unsafe. Many of these workplaces have no union organisation or unions that do very little to protect workers because there are often no independent health and safety reps. A major part of the problem is that workers are in fear of losing their jobs and many would not be eligible for furlough. The fact that so many workers have no security or income makes them willing to work in any conditions, leading to increases in Covid cases.

The policies on education have also caused the increase in cases. Students, many of whom had been travelling and mixing socially all over the summer, were encouraged to start their university courses, many crammed together in halls of residence. It was not surprising that Covid spread like wildfire. Though schools were also opened (supposedly for the benefit of children’s education but really as a way of making sure people went back to work) and this has led to a rise in cases as well. Though children and young people may not suffer in the same way as older people, they still bring the disease home and also can infect their teachers.

Meanwhile, in order to show that they are doing something, the government in England has imposed a second lockdown and closed non-essential shops and services and the hospitality sector. Though there may be some cause to do this – pubs and restaurants were the source of some cases – people are resentful because many other sources of the disease are still open, eg universities. And, many shops, services, such as gyms and hairdressers, and pubs and restaurants have spent a lot of money to ensure they are Covid-secure. Yes, there were some places that were not and did not enforce basic safety rules, but most did. And, it will be the workers who suffer, with employers in these industries quick to lay people off.

The end result of these policies is that it is unlikely that the pandemic will get under control, with many more deaths, before a vaccine is fully rolled out.

So what should we be doing, regardless of what the government says, to end the pandemic?

All these ideas are based on the basic anarchist communist principles of self-organisation, solidarity and mutual aid. We don’t need the government to tell us what to do, nor do we have to go against our own common sense just because the government wants to keep the economy going. Of course, it is hard for people to do what is best when they are in precarious positions at work. This is why class organisation and struggle is the vital element in any strategy.

Visit the No Safety No Work website for more Covid 19 articles, info and resistance