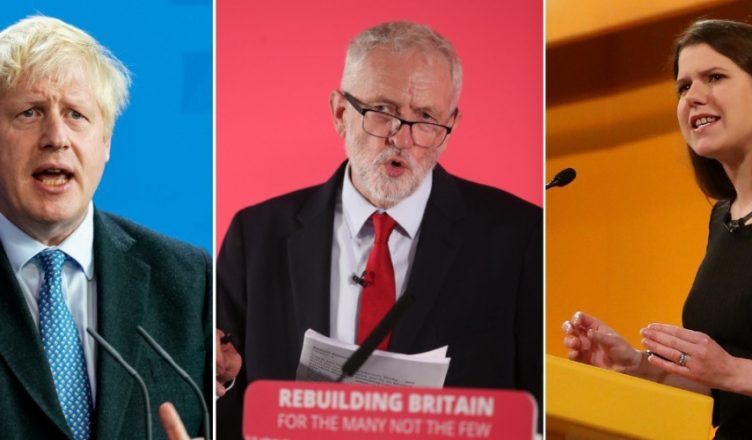 Once again ‘election fever’ is upon us. Manifestos festoon the medias with ‘promises, promises and more promises’. The drudgery of politicians scoring points of view over each others ‘opponents’ is numbingly similar to watching a ‘soap opera’. Just a quick look at some of these ‘promises’ [manifestos] from previous elections reveals but lies, lies and more lies. Real change only truly shows itself in terms of how business conducts itself or how absolutely the country is doing within the world trading markets. For most of the citizenry are in total servitude to money and capitalist philosophy which has dominated politics the last two or three hundred years or so. The ‘sham’ of elections does not change the huge disconnect between the ‘X’ on a ballot paper and real struggles people face every day under the huge burden that is ‘Capitalism’.

We imagine most of the general public are sick to the back teeth of politicians as the never-ending Brexit drama has trawled through our lives like demented fishermen. Not only are people tired of watching Parliament’s inability to solve anything, they are now being asked to vote for candidates whose messages are under constant attack from various media sources, who should people believe in.

We are anarchist communists, so we don’t believe in any of them! We don’t believe that any candidate can actually reverse the situation in the UK as it is today, because there are global forces at work that hold as much sway as the local power of any government.

Here’s two good reasons why voting changes nothing: (1) No matter who you vote for this doesn’t change your economic relationship to the State, regardless of who gets in, our guess is you’ll still be paying roughly the same amount of tax. (2) No matter who gets into power, this will not change the currently existing centres of private power that have a huge influence in the UK and beyond. Do you think Exxon Mobile or Starbucks are going to suddenly pay the right amount of tax with a ‘Labour’ victory?

Under the present System you will remain a Wage Slave, having to rent your body to some kind Master that will pay you a pittance of what you’re worth…

One of the worst things about this General Election is how the already noxious Main Stream Media (MSM) goes into overdrive and uses its considerable resources to attack its enemies without a whimper of protest from lickspittle organisations like the BBC. We don’t agree with Corbyn’s politics, but we do believe he’s genuine in what he says and does. As a state socialist this stance terrifies the Establishment, and already we have seen considerable energy put into branding him everything from an anti-Semite to a terrorist sympathiser. When you read into the detail of Labour’s plans, especially their economic policy, it looks plausible, but to actually do what they are planning automatically puts them into conflict with Big Business, and we all know how that tends to play out. Parliamentary politics is unable to solve Capitalism’s problems, unfortunately most people in the UK that would agree with this statement become angry then apathetic at the lack of a cogent alternative.

This election is also a massive distraction from the many crimes being perpetuated by the UK government and its allies like the US government. Whilst the public are crucified with the various Brexit disaster scenarios, the UK continues to sell arms to countries like Saudi Arabia to the tune of billions of pounds (could fix the NHS quite quickly with some of that dosh) whilst also developing closer ‘security’ and other diplomatic ties. New military base in Oman did you say? No, we didn’t hear about that! The US government fixing it so that Assange is extradited speedily from these shores? Nah, the MSM doesn’t seem to cover stories like that. What about the Yellow Vest movement in France? Haven’t those massive protests been going for over a year now? Nope, that’s definitely not newsworthy here in the UK, too close to home! People might get the wrong idea… Here’s some footage from Hong Kong though, we don’t like China so we’ll show you how bad they are instead.

The MSM will also neglect to do ANY serious journalism on the huge numbers of people that don’t vote. Who are they? What are their views? What kind of political structures would they like to see? We now live in a world that uses technology to compete for our time, our minds. We are so alone as human beings in the UK these days, despite having access to Facebook, Instagram and Twitter. People seem to be more interested in creating an online persona whilst watching the latest shows on Netflix than getting involved in some grassroots local campaign, and there’s such urgent need.

So while we gear up for a month of campaigning by these people, not only will we have that crap to contend with but the commercial spectacle that is ‘Xmas’ and all the Capitalist Greed it induces too. As a species, we need to learn how to switch off these powerful streams of information and distraction. We need to stop and give ourselves some time to think about what this all means. What’s tantalising is that the levers of real social change are directly at our collective fingertips, they are totally within reach.

How? How do we change things in a way that our elected representatives can’t?

By getting back out into the real world! By engaging with our fellow human beings on the streets, in cafes, at protests, local community group meetings, helping the unemployed, the homeless, the destitute. The insidious nature of Capitalism never sleeps, never rests. It is driven by selfish uncaring minds that, as you read this, are designing the next wave of defensive architecture in your town. They are making bus shelters a thing of the past. They are urging jobcentre staff to sanction people to ‘keep costs down’. They are designing propaganda to make you suspicious of your neighbour, to despise the foreigner that is coming to the UK to ‘steal your job’, or is it to ‘sponge’ off the State, we can never quite remember that one.

When we look back through history and engage it with a critical eye, then we see that it isn’t politicians that change our lives for the better, it’s ordinary people coming together to engage in struggle against oppression. To fight back against rogue landlords, to campaign against local community centres being shut down, to protest at toxic wealth inequality whilst the porches drive the rich to their gated communities as the homeless starve and die silently on our streets.

Anarchist communism has never claimed to have all the answers, but we do have a fair idea about where to start.

In our heads and in our hearts.

When we stop being distracted and take notice of what’s happening around us, our humanity comes to the fore and we act, with courage and compassion. Don’t select new Masters in this 2019 election, try challenging yourself instead!