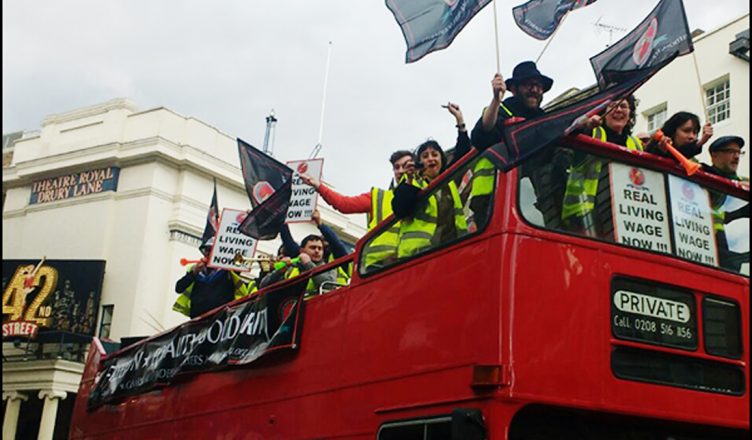 The last four decades have seen a big drop in workplace strikes as well as a drop in membership of the mainstream trade unions. An International Labour Organisation report showed that strike action across 38 countries had dropped by 80% between the 1970s and the 2000s. The European Trade union Institute also reported that the 15 core countries of the European Union had seen a 40% fall in strikes between the 1990s and the 2000s. In the UK the number of working days lost to strikes had hit an historic low in 2017.

In spite of this, the class struggle at work (and for that matter elsewhere) hasn’t vanished. Class society still exists and workers are still exploited and are still resisting. This is being done in a number of different ways, sometimes through the mainstream unions, sometimes through the newly emerging “grassroots” unions, the Industrial Workers off the World (IWW), the United Voices of the World (UVW), the Independent Workers of Great Britain (IWGB), the Cleaning And Allied Independent Workers Union (CAIWU), and sometimes outside any of these structures in wildcat strikes.

We’ve seen this in the strikes in Amazon warehouses, in Britain, the USA and Germany. We’ve seen it in the struggles of couriers and food delivery workers in fact among workers regarded as being unable to be organised because of the nature of their jobs as with Deliveroo and Uber Eats. An important development has been the joint initiative of the Angry Workers of the World and the IWW in West London among workers in food preparation plants. Other strikes have taken place at McDonalds and TGI Fridays. There are also glimmers of organisation among workers in the videogames industry. This year saw a four week strike over pensions of university lecturers and support staff organised within the Universities and Colleges Union (UCU). There was a big revolt among UCU members following the union leadership agreeing to a derisory offer from management. A revolt took place at UCU conference, and a newly assertive rank and file came up against the union bureaucrats, resulting in a motion calling for the resignation of the UCU General secretary Sally Hunt.

More recently migrant workers working as cleaners outsourced by Kensington and Chelsea Council went out on 3 days of strikes in August.These workers organised in the UVW are demanding the London Living Wage and decent sick pay. Another group of cleaners in the UVW at the Ministry of Justice also simultaneously organised strikes on the same 3 days at the same time over similar concerns. At the Ministry of Justice the cleaners inspired MOJ security staff who joined UVW en masse.

Home care workers for Birmingham Council also went out on a 3 day strike in August against plans by the council to slash their hours. Oil rig workers off the coast of Scotland also struck for two days after changes to their working rotas. Crane manufacturing workers in Sunderland also went out on a 2 day strike over dissatisfaction at a pay offer from the employers Liebherr.

See: latest issue of Notes From Below: notesfrombelow.org/article/the-worker-and-the-union