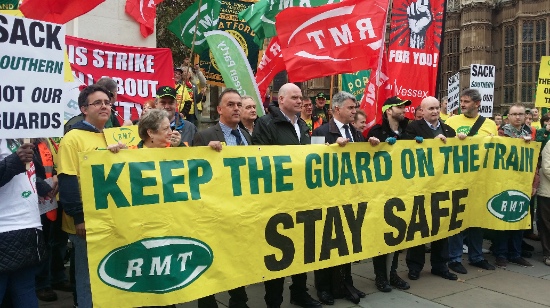 Railworkers in the RMT union on South Western Railway will take strike action over Easter over over safety, the role of the guard and the rolling out of Driver Only Operation after management continued to refuse to talk and stepped up their bullying of workers.

Guards, Commercial Guards and train drivers will not undertake any rest day working. In addition guards and commercial guards will take industrial action over the Easter period. This is in line with the company refusing to have safety guards on board trains.