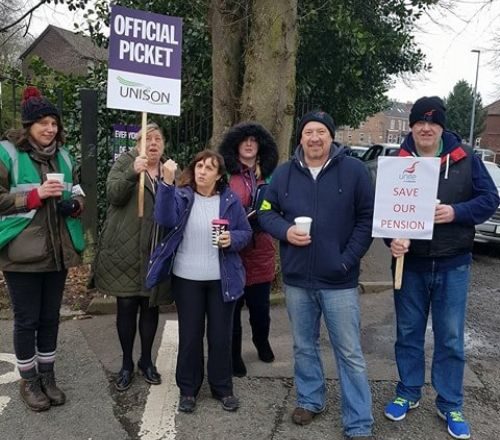 Thousands of water workers at the United Utilities plant in Barton, near Salford, went out on strike on 16th March and again on 19th March against plans by management to impose pension cuts rom 1st April, with younger staff losing £10,000 a year in retirement. The company has an actual surplus of £248 million!

The workers, who repair pipes, and treat waste water , note that United Utilities paid out more than £1.25billion to shareholders over the past five years and has a target of increasing its dividend payments each year by at least the rate of inflation. The Chief Executive, Steve Mogford, was paid £2.8million last year.