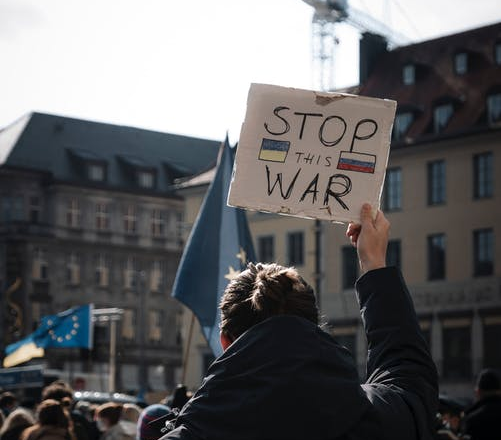 It is my first chance to say something about the tragic sinking of the Moskva, and the reported loss of around four hundred of the approximately five hundred complement. It is a terrible thing.

The wasted resources of constructing a machine designed to do harm to others (hundreds of millions of dollars, or whatever else you want to measure stolen wealth in), the engineering and manufacturing skills that go into such a vessel, the hours of labour and mental ingenuity, from the mining of bauxite to the microcomputers that fly the missiles, so many resources, human and material in creating this testament to the destructive capability of capitalism.

The carpark in Sevastopol has hundreds of cars parked by sailors who will not be driving home. All those bright young educated skilled people dead at the bottom of the sea, what could they have done with their lives if they had not believed in the bosses’ lies?

The people who will win this war are the rich, the losers will be the workers. In the memory of the sailors of the Moskva I say again: No war but the class war!