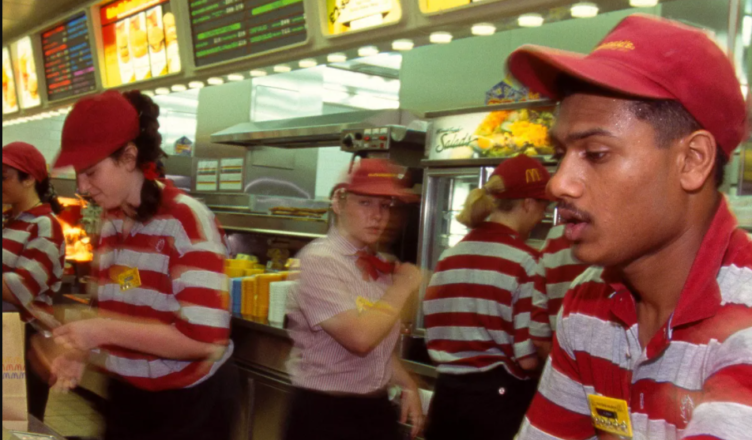 An inside view of zero hours contracts for young people

With 3.62 million young people being employed, and 326,000 of them being 16-17 year olds, young people make up a large portion of the ‘low-skilled’ jobs workforce, with the majority of young people being employed in the food or retail industry. Due to their lack of experience of work, it is easy for companies and bosses to exploit a young work force, with accounts of young workers being frequently underpaid, being paid unfairly, working in unsafe environments, being given shifts of illegal lengths and even, in some cases, young people facing sexual harassment by managers in the workplace.

Young people in the UK are exploited as cheap labour, with workers doing long hours for a measly sum of often only £4.62 an hour for under 18s and £6.56 for 18–20-year-olds. Bear in mind that many young workers are also in full time education, finishing their lessons and then hurrying to work for a shift, as well as trying to complete all the necessary independent work set. One young worker who I interviewed, an under 18 working as a waiter, gave me this statement regarding their hours:

“Since October I’ve been on nine and a half hour shifts, I also do the same jobs as many older people but still only get paid £5 an hour,” a shift of over 8 hours is in fact illegal for under 18s, another example of the overworking and exploitation of young workers. Another young person in minimum wage, zero hours employment told me in an interview, “When I was told I had to work both Boxing Day and Christmas, I made no protest. I was in that much need of money.”

Many young workers, work alongside full-time education to help support their families financially and to pay for things to support their education e.g., expensive textbooks, but are still paid a miniscule sum, all at the cost of a huge portion of their time. I also know from first-hand experience and from accounts collected in interviews, that young workers are often kept longer than their hours, and, in some instances, are not paid for this overtime, and yet we are still expected to be able to do well in education alongside this.

Upon trying to negotiate fewer hours so I could focus on my studies, my manager turned me away with a generic response of “maybe we can talk about this at a later date,” a few months on and that date hasn’t arrived. The young person working as a waiter, also pointed out the difference in pay between male and female workers, with female workers of the same age, who have worked at the restaurant for the same period of time, receiving the minimum wage of £4.62 an hour whilst male workers receive a pay of £5-£5.50 an hour – an outrageous example of blatant sexism in the system and the workplace. In another interview with a fellow young worker, I was told about them being underpaid, below the minimum wage for 16–17-year-olds, which is again illegal on the part of the employer, as well as them having no definite finishing time, making arrangements for getting home difficult, often leading to them walking home late at night alone.

Safety and security in the workplace are also a huge issue for young workers. Lack of risk assessments and even issues with sexual harassment were  expressed to me in distressingly emotional terms. The health and safety of young workers is often disregarded by companies and bosses. In one account, a young waiter told me, “Our manager hid and disguised us as customers, when a health and safety inspector came in, because she hadn’t written any risk assessments.” Aside from this being illegal, the safety of these young workers was not ensured. Without these risk assessments being completed, there could have been something that was not noticed that could seriously harm one of the many young workers and the restaurant. It is essential for workers, of any age, to be safe at work, but young workers are neglected and, in some instances, as I will now describe, are targeted by bosses for their vulnerability.

Young women are most at risk of sexual harassment in the workplace, with two thirds of 18–24 year-olds reporting it, as well as many incidents of sexual harassment towards under 18s, usually from the young women’s managers. Young people are pushed into the workplace, due to the need to make money to survive through wage slavery, and are therefore placed in a more vulnerable position only to be further exploited by bosses.

These are the issues that working young people face on a daily basis. Because of our age, we are deemed vulnerable and therefore easily exploitable (more so than the average adult worker). Industry and companies capitalise on this to increase profits. The story is one of low pay for long hours of work, with young people, who often have no choice of any other job, not receiving anything close to the value of what they produce. This capitalist society places young people at the bottom of the pile, using us as fodder for their machine and leading us to believe that there is no escape or nothing that we can do. Young working people know that if they raise their heads above the parapet, they will be victimised and sacked. It is a depressing scenario and no wonder there is a mental health crisis among young people.

Nevertheless, there are things that we can do for ourselves. The first is to realise that we can act. We can, through our own actions, improve things. We need to start talking to independent union organisers for advice and start talking to our fellow workers to find out who is up for the struggle. We have to realise that if we are being worked to death, then we must fight to live!