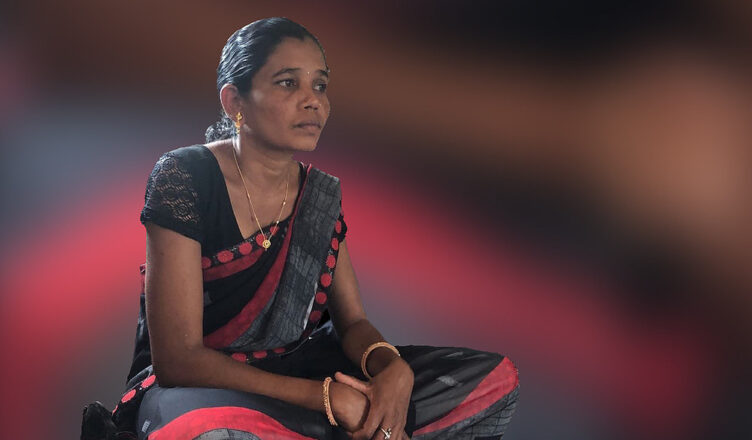 On 9 March 2021, woman human rights defender, Hidme Markam, was arrested by Chhattisgarh police on several charges, including charges under the Unlawful Activities Prevention Act (UAPA) anti-terrorism law in relation to her alleged involvement in Maoist activities. She was arrested during an event in Dantewada in the State of Chhattisharh to mark International Working Women’s Day, and to protest the custodial torture and sexual violence by police against Adivasi women in the State. Later that day, following her arrest, Hidme Markam appeared before a Magistrate and was remanded for 14 days in Jagadalapur prison.

Hidme Markam is an Adivasi human rights defender, advocating for indigenous rights against police and state violence, and the impact of mining in the State of Chhattisgarh. She is also the convenor of the Jail Bandi Rihai Committee, a platform which advocates for the release of thousands of Adivasi persons, particularly youths, criminalized and branded as Naxals (Maoists) and held in pre-trial detention. Hidme Markam is an anti-mining campaigner, focusing on projects led by large corporations such as Adani Pvt Ltd., which threaten to destroy a sacred Adivasi hill, considered a local deity by the community. She also campaigns against the detrimental ecological impact of mining for the local area, resulting in the degradation of land and large bodies of water, and the destruction of forests in the region.

Last month, a solidarity meeting for Hidme Markam with the topic of Women, Mining and Human Rights in India was organised by IndiaMatters UK, a UK based solidarity group standing for human rights, justice and equality for all in India.  In this meeting we met Soni Sori, herself a former Amnesty US prisoner of conscience, a survivor of police brutality and imprisonment under false charges and now a prominent community organiser. It was an eye-opening event and whilst it was harrowing to hear the violence these communities are experiencing; it is so important to raise awareness of what is going on. Here I will relay some of the information learnt about Hidme’s life and struggles.

Hidme comes from a village that is deep inside the forest and though she is not literate, she is very wise. It is her wisdom that is her strength. Her people have been fighting against Adani’s capture of Nandaraj hill. When they started their peaceful resistance to mining here, Adani had already illegally cut down around 20,000 trees. 5 young boys who stood against this mobilised along with Hidme about 200-300 people who stood vigil around the Nandaraj hills for about a week and did not allow further cutting down of trees. They are opposed to mining because they are dependent on the land for their livelihoods, including food sovereignty and security, and understand that non-renewable resource extraction “leaves barren toxic void spaces destroying the prior places and lived environments, causes extreme inequalities and is non-developmental”.

Hidme was also in the forefront of resisting the setting up of a border security force paramilitary camp in Potali village. She has criticised the expanding presence of military, police and paramilitary in the State. In 2019, she participated in a public campaign against the establishment of a police camp in Potali by the Special Task Force and District Reserve Guards. She led a huge group of 10,000 Adivasi who rallied with the government and were beaten and assaulted as a result. They said we are secure; we do not want your camp to feel secure. The State and the police work to uphold the ruling class ideology through violence and fear. Indigenous people continually have their working rights, land rights, and welfare rights undermined and attacked. Recent reports* describe further India’s deeply disturbing descent into authoritarianism. Soni relays how Hidme cried to her on the phone every time they cut down trees that bear their fruit (their sources of food), to set up this camp. It was our elders, our ancestors who planted these trees for us. She asks, how are we supposed to live without these trees (used for food and small income)?

Advocating for the promotion of women’s rights and against physical and sexual violence against women by police and military officers is also central to Hidme Markam’s work. Women in the State, especially from Adivasi communities, have been disproportionately affected by violence and discrimination by officials. She has fought on every matter. The system of patriarchy and capitalism go hand in hand, with the oppression and abuse of women being perpetuated throughout every faction of society, especially by those in positions of power.

Soni once asked Hidme what makes her take up this fight. Hidme told her “From childhood I have grown up here – amongst the rivers, mountains, lands and forests. I love these so how can I allow its destruction. I will give my life in resistance to its destruction”. Hidme knew that one day because of her fighting or resistance she would be either jailed or killed. Soni says today it pains her to see how brutally the police kidnapped Hidme. We stand in solidarity with those who have experienced violence at the hands of the State. The police exist to protect the ruling class and enforce a system that is inherently racist, authoritarian and exploitative. A tool used to oppress working class people and minorities. The continuing brutality is painful to see, although not unexpected. She never fought for herself, but for her people and for this country. Soni, like many others are unable to move freely. They are being tailed and hounded by police. Adivasis are even being pitted against each other and incited into violence against their own people.

Destroying the mountains, forests and building big buildings is not “development” for the Adivasi people and when we raise our voices together against this we are being jailed and killed in dozens and thousands. This cannot continue. Soni requests we must all put our strength together to fight for freeing Hidme. She says it is important to have these meetings and keep raising our voices for front-line defenders who are being hounded, arrested and being killed by police. They are facing a silent but very violent genocide. She says they will not give up their forests, they will continue to fight. Standing by an oath to fight till the end.

Please let IndiaMatters UK know (at indiamattersuk@protonmail.com) if you would like be part of further solidarity activity. So far there has been a Twitter storm on April 1st organised by the Free Hidme campaign in India. India Matters UK request people write to the Chief Minister of Chhattisgarh requesting Hidme Markam’s immediate release and an end to the persecution of Adivasi women and their communities. This is the Chief Minister’s email address – Chief Minister of Chhattisgarh  cgpccryp.2013@gmail.com.

Information used in this article is from:

* a. The annual report by the United States Commission on International Religious Freedom (USCIRF) places India alongside Pakistan, China and North Korea https://www.bbc.co.uk/news/world-asia-india-52467564

b. Earlier this month, in its annual report on global political rights and liberties, US-based non-profit Freedom House downgraded India from a free democracy to a “partially free democracy”.

c. Last week, Sweden-based V-Dem Institute was harsher in its latest report on democracy. It said India India had become an “electoral autocracy”.