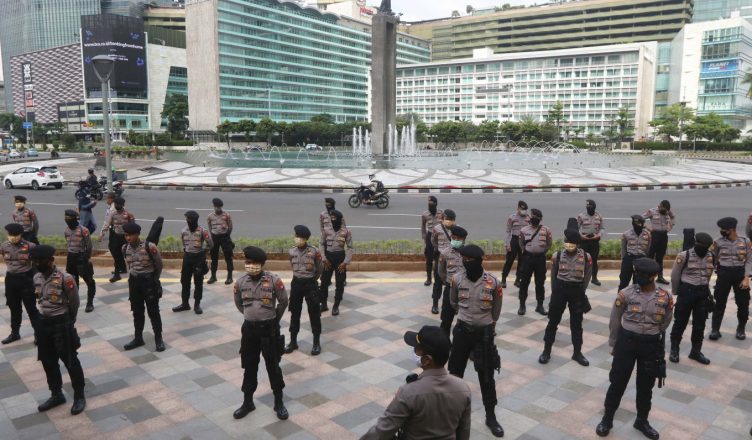 In Solidarity With Comrades Imprisoned in Malang and Tangerang, Indonesia

Article from Bandilang Itim 6 May 2020

Written and initially published by Safehouse Infoshop at their blog. This is also a statement from the Local Autonomous Network.

It seems that blame-game is a common tactic of different states during a pandemic. As petty violators in the local are blamed to cover up the late travel ban and late mass testing imposed by the government, the same is done by the Indonesian government by cracking down those who are critical to their incompetency.

Along with comrades from Australia, the Netherlands and other countries, we, individuals and collectives of the Local Autonomous Network, denounce the actions of the Indonesian government against comrades in Malang and Tangerang who were accused of inciting public disorder when disorder is already evident in the grassroots.

Following are the reasons for this condemnation:

Political opportunism during the pandemic comes in many forms. In the so-called Philippines, tens of thousands have been arrested due to non-criminal charges, resulting to the cramming of non-violent violators in prisons and other detention facilities. Demolitions continue. Extraction of resources for foreign companies remain unhindered. A media corporation, slightly critical to the government, was shut down. Government armed forces are conditioned into being desensitized robots by encouraging them to kill in the presence of the slightest misbehavior.

Now, more than ever, we need to express solidarity with comrades from all over the world. As we demonstrate our aspirations through resource-sharing, mutual aid and cooperation in our localities, we should stay connected to strengthen mutual protection.

Translation of text in photo: Free our comrades now, detained in the Metro Jaya Regional Police