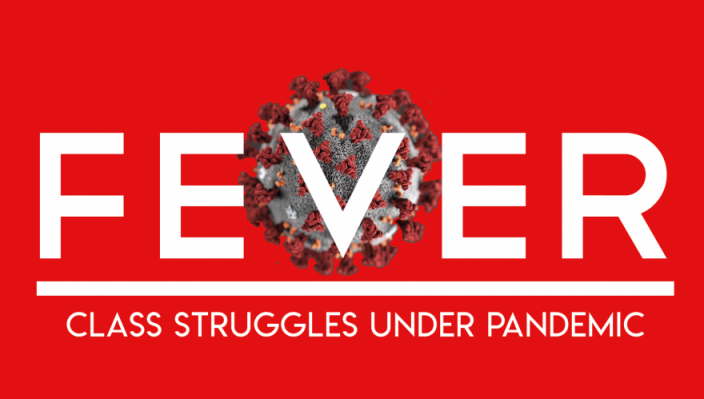 Statement from the comrades behind the excellent website feverstruggle.net

The Covid-19 pandemic is putting workers around the world in face of a common and simultaneous problem. The current situation ends up serving, in practice, as a laboratory for capital and governments to restructure productive forces and improve their exploitation and control technologies. The crackdowns that are now taking place are probably here to stay. This suspension of normality intensifies conflicts around work and reproduction. News about proletarian struggles appears all over the globe: protesting against the sanitarian condition in their workplace, refusing to work through wildcat strikes, mutinies in the prisons, organizing for rent strike etc.

Our role is not to propose solutions to help capitalism to solve this crisis. All capitalist solution means maintaining of exploitation.

Our efforts must focus on conflicts related to exploitation: under what conditions do we continue to be forced to work? What about our wages during the confinement? Will we have to work the hours stopped later? Will there be layoffs? And what for self-employed, precarious or app workers? How are we going to pay the rent in the end of the month? What about the prisoners? And what about the migrants, trapped between increasingly militarized borders, detention centers or overcrowded migrant camps?

As it is a global issue, it seems urgent to establish an international platform of inquiry and exchange around these struggles. A platform that allows us to map, investigate, disseminate, discuss, put in contact and stimulate experiences of proletarian confrontation during the pandemic.

Our aim is to build an exchange collective formulation between autonomous groups of workers from different countries. Fever publication principles are based on this minimum common criteria:

1) Fever will focus on class struggle. We take the side of the working class, engaged in struggles against the divisions that separate us in white and blue-collar workers, and in private and public sector employees. Against the State, that constructs some of us as illegals and others with papers, but unemployed and without any benefits. We fight the divisions that see us only as nationalities or any other identities. On the other hand, we don’t want to remain workers and we believe that only through our involvement in communities of struggles we can abolish the world of merchandise and waged labor. At the same time, it’s important to analyze the movements of our enemies – the capitalists and the State – once the pandemics forces them to restructure the production process. In this crisis, as in general, the State is, organizing the defense of capital and private property to the detriment of the interests of the working class. The victory of our struggles requires the destruction of the State, which we must think of in practical terms. We are facing preventive counter-insurgency mechanisms and this site will also be a space to think about this strategic issue for the movement.

2) Fever is not interested in abstract programs or lists of demands detached from concrete processes of struggle.

3) Fever avoids conspiratorial or negationist tendencies. We are really facing a pandemic: thousands of people are dying around the globe. Denying this reality is insane. On the other hand, celebrating the “ecological” or “revolutionary” impact of covid-19 massacre is not only stupid from a proletarian point of view but also the sign of a morbid elitism.

The texts are published mainly in English, and then translated to as many languages as possible. Although we focus on struggle reports, we are also interested in analytical articles.

We do not expect a website with a unique position. Disagreements and controversies are important for reflection: within these basic and general principles, we want to stimulate public debates.

Making new ties between proletarian comrades around the world is also part of our aims. If you want to submit a text or join efforts with Fever, contact us!