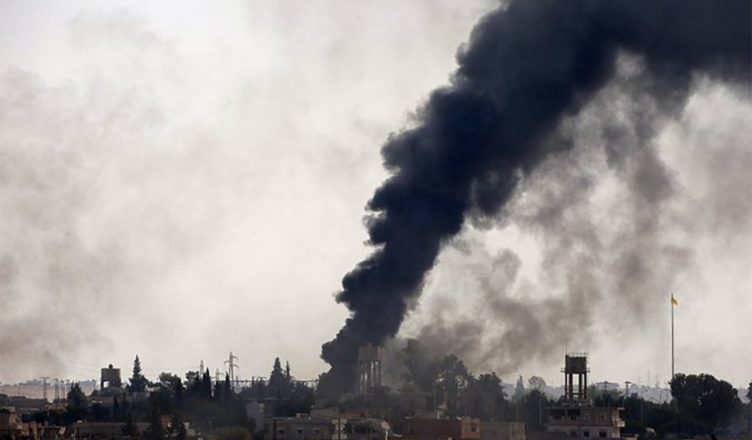 There is no doubt ignoring the experiences of history will lead to the same experiences being repeated. What is happening at the moment in Rojava proves this statement.

In Iraqi Kurdistan (Bashour) the Kurdish Nationalist movement from 1961 to 1975 was at war with the Iraqi government, demanding the autonomy of Kurdish people, with the support and help of the United States and its allies. The movement collapsed on the 6th March 1975 within 24 hours after cutting off the support provided by Mohammad Reza Pahlavi, who was the head of the Iranian regime at the time. The collapse happened when both regimes, Iraqi and Iran made a pact.

The Kurdish movement in Iraqi Kurdistan was not alone in their bitter experience with the US in its struggle. In fact some other movements that supported by US met the same fate.

After all these experiences in the region, another political party, the Democratic Union Party (PYD) in Rojava fell into the US’ trap in 2015. The PYD became a main ally of the US to fight the terrorist group ISIS. As a result the PYD sacrificed thousands and thousands of his military wing Syrian Democratic Forces (SDF) from men and women who have been the best fighters in the world, where many foreigners had participated in as well.

From the beginning, it was clear for us that after KOBANE, any fighting except self-defence was serving the American and European interests rather than the Kurdish interest in Rojava.

The PYD allying with the US, has been another factor in annoying the state of Turkey and Syria, as well as making them more aggressive. Examples of this include Turkey Invading Afrin in January 2018 and now Rojava.

Now it is very obvious how the US used the Kurdish movement in Iraq for its political, economic, and military interests, it has done it again in Rojava. In other words, how the US abandoned Kurdish in Iraq in 1975, by letting Iraqi and Iranian Regime make a pact on the expense of the Kurdish, now doing the same with Rojava. The only difference is this time can be worse than 1975. We all know how brutal the invader will be, causing so much deaths and destructions.

We anarchists, wherever we live and whatever our language is, are in solidarity with the exploited people wherever they are and those live under the terrible condition of wars. We feel it is our duty to support and have solidarity with the civilian and the libertarian voices but not the political parties, governments and the states.

We always believe PYD’s power in Rojava would bring disaster to people there. We believed that PYD like any other political parties try to ally itself with the powerful forces just to achieve its political aims. We have seen that when PYD in Dihok compromised with the Iraqi Kurdish Democratic Party (KDP) and Syrian Kurdish National Council for Kurdish Opposition Parties (ENKS). In this pact PYD offered ENKS 40 seats without consultation with the people in Rojava. We also witnessed that PYD acted as an authoritarian powerful party in changing YPG/J from the community voluntary forces to its own forces. Negotiated with Assad, changed its direction, dominating the situation in Rojava. PYD has done all these without the knowledge of the people in Rojava.

Consequently, our comrades have never been silent in criticising PYD and the situation in Rojava. We now wishing people in Rojava although it may be a bit late but still possible to do something positive. The assemblies, groups and the mass organisations in the towns and villages after defeating the invaders or after the ceasefire can bring back the authorities and power to towards social self-administration. We also believe it is time for the people of Rojava to learn the lesson of not trusting any political parties, to escape from the games that the PYD and other political parties are playing, where the people are the main losers.
At the moment, Rojava is standing up against the invasion of the neo-Ottoman Empire. As revolutionists, it is our duty to support them in every way we possibly can. Our support to Rojava is not because the population is mainly Kurdish, but because we are against all kinds of wars. It is always the civil people like poor, vulnerable, women, elderly and the children who are the first to pay the price.

This war that started today, 09/10, has been launched by the state of Turkey and its proxy forces including Arab and Turkish nationalists, the ENKS and possibly the Kurdish Regional Government (KRG). The war wherever is bringing disasters that are inseparable of the class society and the capitalism. We are also against all types of power, domination, hierarchy systems and class superiority as they cause oppression of the mass population and deprive the people from ruling themselves.

Our alternative is social self-administration of cantons and communities, outside of control of the political parties, states and any other hierarchical organisations. We denounce Erdogan and his allies for invading Rojava and hold them responsible for what happens there. Our heart and minds are with the people of Rojava.