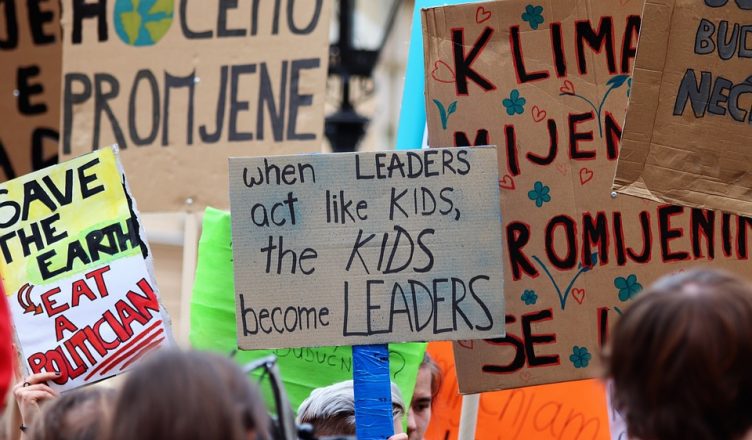 We are much enthused by the rising wave of actions against climate change. This has involved large numbers of people, including those never before involved in any sort of political actions, and especially among young people. It is a developing movement not just in Britain but around the world.

Capitalism is the root cause of climate change and environmental destruction. This is a result of capitalism’s need to increase profit, which means, for example, the destruction of rain forests and the unrestrained fossil fuel economy. So while the Governor of the Bank of England, Mark Carney, claims that “capitalism is part of the solution” when interviewed on Channel 4 News, he is clearly talking out of his posterior.

Indeed, many false solutions have been advanced to get us out of this mess, like carbon trading, carbon capture, national carbon budgets and the idea that somehow governments and the market will act to control pollution and environmental damage. We’ve also had the idea of a Green New Deal, which would supposedly limit greenhouse gases. But ultimately, capitalism is founded on the drive for profit, for the unlimited need to produce and so to accumulate profit. It is blind to the dangers of global warming, instead fixating on the search for more and more profit. Capitalism cannot reform itself as some think. It is a juggernaut advancing to the extinction of life on this planet.

Unfortunately, the idea that the market will see sense and come to the planet’s rescue still has a grip on many in the environmental movements. For example Extinction Rebellion has asked governments to “tell the truth” on environmental devastation. Good luck with that. This is a very tall order, and not one that looks like getting fulfilled anytime soon. We also have demands put forward by Earth Strike who say “Until the world’s governments and businesses are held accountable to the people, we are refusing to participate in the system that fills their pockets”. All of this implies that somehow the State and capitalism can change, can be reformed.

We know from our own experiences, from talking to the grassroots supporters of both Earth Strike and Extinction Rebellion, that there is a growing realisation that climate change can only be halted by the removal of capitalism. This is not reflected in the leaderships of these movements, which continue to push these demands that we see as unrealistic.
It is the working class and the poor who are at the sharp end of climate change. The destruction of capitalism is seen as utopian. But it is precisely this that is needed to end climate change. Any belief that capitalism can be transformed into something green and ethical, that the system can of its own will transform itself into something accountable and involving mass participation is the real utopianism.

mentioned above, this has been called for 20th September. The idea is that major economic disruption and a major display of working class solidarity in the face of climate change will scare the State into making concessions for the environment.

The Earth Strike group originally pushed the idea of a strike, although since then, the idea has spread with the UK Student Climate Network and Extinction Rebellion planning actions on the same date. More info from: