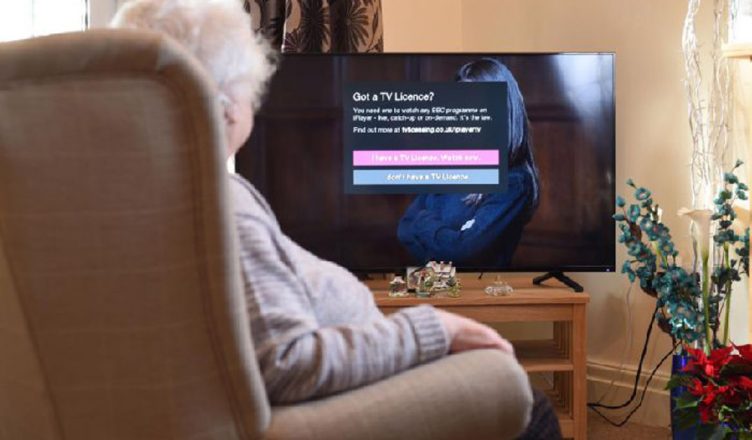 “At the moment, we don’t pay because we’re both over 75. We don’t receive pension credit.

“It will impact. Well, I think the working classes have been hit by this government left, right and centre… Austerity only affects the working classes, it doesn’t affect the rich in any way, shape or form.” Retired joiner Thomas Pevitt speaking recently.

The recent decision by the BBC to scrap free TV licenses for most over-75 year olds will mean only 1.5 million households where one person gets pension credits will still get free access to TV. Tory politicians including Theresa May, Michael Gove and Esther McVey were quick to shed crocodile tears over this.

Yes, the BBC bosses are scum to implement this but it should be remembered that the free TV licenses were originally paid for by the Government. It was the decision of George Osborne, then Conservative Chancellor for the Exchequer to change this in 2015. Meeting in secret talks over a week  with Tony Hall, the Director-General of the BBC, it was agreed that the BBC would get extra funding if it agreed to this move, shifting the responsibility for paying for the free licenses from the Government to the BBC As a result the Government would save money and when the free licenses were to be scrapped, the BBC would be blamed rather than the Tories.

This has happened. Right wing rag the Daily Express has launched a campaign to restore the free licence, lashing the BBC whilst conveniently not mentioning the original decision of George Osborne.