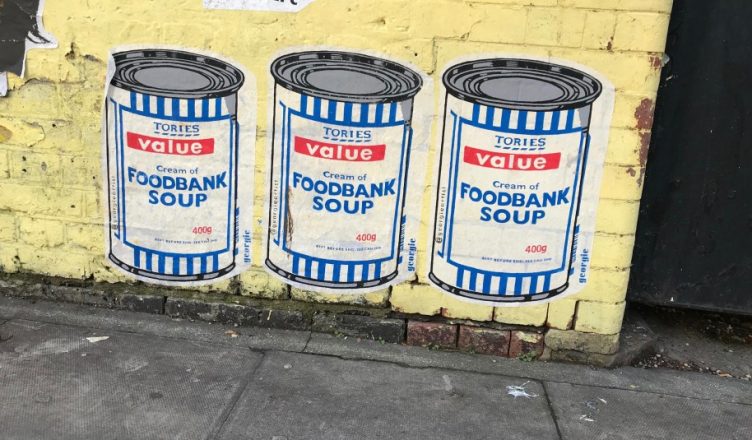 Coincidence? On the same weekend the BBC finally screened Ken Loach’s harrowing “I Daniel Blake”, the Secretary of State for Work and Pensions announced she was reviewing the roll-out of Universal Credit, the Government’s notorious new benefit system. Looking at the mainstream media coverage you would be forgiven for thinking that a new and more humane DWP Secretary was finally listening to the public and killing off Universal Credit.

Far from it. Amber Rudd has simply realised that denying any income to 3 million disabled claimants for 5 weeks or more in the run-up to a leadership contest and general election is politically not a good idea. Despite the fluffy noises in the press all she’s done is delay until 2023 the complete transfer of all benefit claimants to Universal Credit.

Universal Credit, and its delays in payment, vicious sanctions and harsh conditionality rules, is still very much alive for 1.3 million claimants, and anyone else signing on from now or in the future.

You might also think from comments by its leadership that the Labour Party will end Universal Credit if it becomes the next Government. But there’s no such commitment on paper. The Labour Party has no alternative policy for “welfare reform”.

Like the Greens, some Corbynistas are excited by Universal Basic Income (UBI) as a suitable replacement for the welfare benefits system. UBI is a straight cash payment made to everyone, regardless of income, contribution record or employment status. Four Scottish local authorities are already looking at pilot schemes.

The World Bank and billionaires like Branson and Zuckerberg are also showing a keen interest in Basic Incomes. The disabled rights action group DPAC has published an excellent summary and analysis of UBI. This shows how and why it appeals to the big corporations. UBI supports and extends the neoliberal capitalist agenda by perpetuating low wages, zero hours job insecurity and inequality, all in the name of “flexibility”.

In the society we want to see, a basic universal income would be irrelevant. In the meantime, as anarchist communists we’ll carry on working with claimants in the struggle to maintain working-class living standards in the face of collapsing state welfare and the threat of another economic recession. We have to support and defend one another, in our communities and our workplaces. This can only be done by acting collectively. For example, we can challenge the power of landlords by pooling rent payments and resisting evictions. We can reduce living costs by organising the joint purchase of food and energy. We can support ourselves through our own community kitchens, advice centres and clinics.

If you are facing a problem with Universal Credit you can get on-line advice (or in person if you live in Central London) from Boycott Workfare.