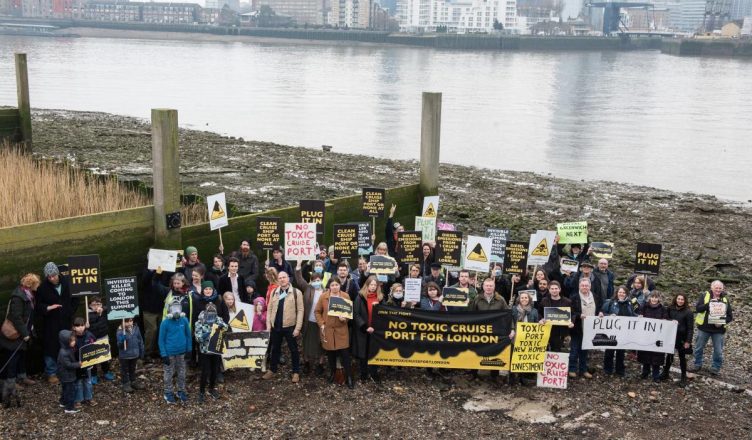 The property developer Morgan Stanley planned on building a terminal for cruise liners at Enderby Wharf on the North Greenwich Peninsula, opposite Cubitt Town in London. It was halted after a petition signed by 10,000 objectors. Greenwich Council (see Switch off the Iron!) had in its usual manner already approved the scheme. If the terminal had been built it would have meant liners running their diesel engines while anchored, due to lack of provision of shore to ship electric supply. Fumes would have blown across the river to Cubitt Town.

The No Toxic Port campaign was set up by people from both sides of the river. Morgan Stanley has now said that a cruise terminal will not be built. This follows a three year battle to stop the terminal. This shows that victory is possible if enough people mobilise.