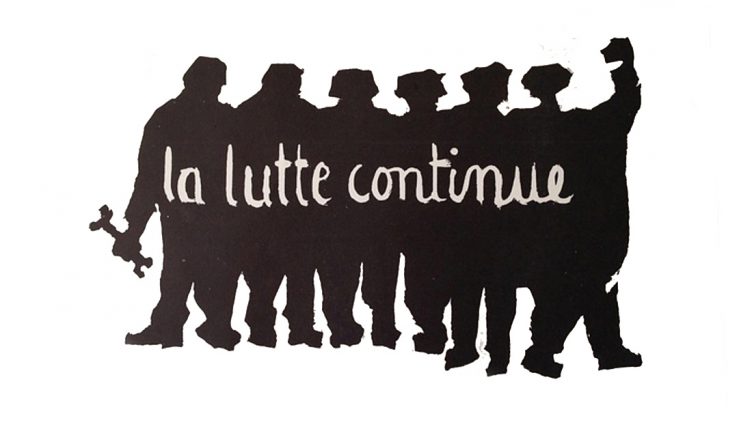 As we reported recently big struggles are taking place against the austerity programmes of the Macron government in France.

Last week railworkers began strike action that closed down most of the French rail network. They were joined on strike by Air France workers demanding pay rises and electricity workers and refuse collectors. Meanwhile there were occupations by students against the plan by the government to limit access to university educations.

This comes on the fiftieth anniversary of the May-June events of 1968 which resulted in occupations of factories, schools and universities, a general strike by 10 million workers and barricades and street fighting which threatened the overthrow of the regime led by President De Gaulle.

The Macron regime is determined to push through its austerity measures. What is different now is that the French Communist Party, which had a huge influence in the working class in 1968 and was able to divert and sabotage the struggle then, has collapsed. This was partly due to what it did in 1968 but also to the collapse of the Soviet Union. The Socialist Party, for its part (founded a year after the May-June events), has shown its true nature by successive governments that passed austerity measures. Workers’ disillusionment with the Socialists could be seen when Jean-Luc Mélenchon, a former Socialist bigwig and now leader of a new leftist party La France Insoumise (France Unbowed), was thrown out of a demonstration last week to the cries of “Neither God, nor master, nor Mélenchon.”

Macron himself emerged from the Socialist Party. An ex-banker and senior civil servant, and serving minister within successive Socialist governments; he plans to continue the anti-working measures of the previous Socialist government of Hollande. It should be remembered that when he was elected less than half of the electorate voted, disgusted by the socialists and seeing little choice between Macron and the far right party Front National of Marine Le Pen.

The struggle in France is vitally important. Workers, students, the unemployed and pensioners need to build links and to develop grassroots organisations and mass assemblies. They should not be deceived by any of the political rackets posing as the friends of the working class.