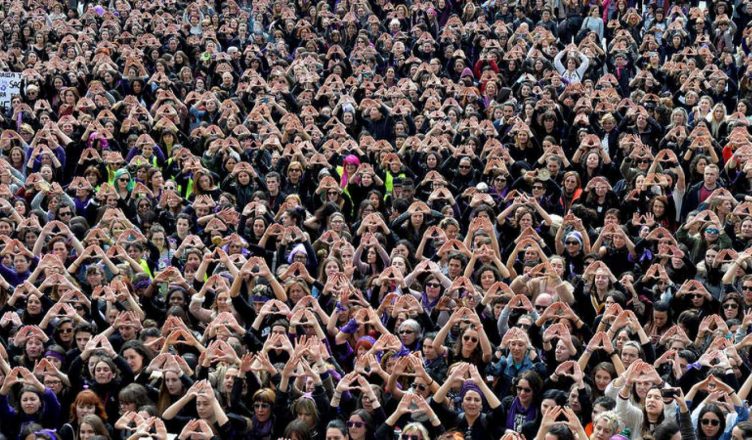 Millions of women around the world participated in events for International Women’s Day (IWD) on March the 8th. The most militant action was in the growth of the ‘Women’s Strike’, with 5.3 million people on strike in Spain. In Britain, the interest in the tactics of the strike on IWD is relatively new, yet still 7,000 women pledged to strike. In addition, links were made to grass roots unions such as the Cleaners and Allied Independent Workers Union (CAIUW) with support for their pickets for a Living Wage. Sex workers also co-ordinated their own actions for decriminalisation and trans women held an action over the problems of access to NHS services.

The organisers in Britain made it clear that the strike should focus on demands for working class women, including those who often face the most exploitation and discrimination, like migrants, sex workers, trans women. It is not just a strike about traditional work but also about ‘invisible labour’, such as care, domestic and emotional labour, and against male violence. The historical origins of the day make it clear that the purpose is not to have more women politicians or company directors (see box). Instead it is focused on the majority of women who are at the bottom of the pile, both in the workplace and in the home. According to one organiser of the Women’s Strike in Britain: “We are instead taking action – action against our exploitation under capitalism, where the domestic and emotional work we do for little or no pay is made invisible, while austerity measures force us into a more and more vulnerable position. This is feminism for the 99%”.

It was in Spain, however, that the strike was the most successful. This was partially because of the support it got from the mainstream unions. However, it is clear that they were forced into support as a result of the massive upsurge from the grass roots organisations. According to one source (thefreeonline.wordpress.com): “An important feature of this strike is that it has been promoted and organised from the bottom up, and not the other way around. That is to say, the initiative of the strike has been born first in the streets, in the neighbourhoods and districts and has developed in open assemblies. It has not been a proposal of the unions, but of the feminist movement.” The mainstream unions only called for a 2 hour strike whereas unions such as the CGT and the anarchist CNT called for 24 hour stoppages.

Despite calls for the strike to be based on working class women, it is uncertain to what extent many women could actually participate, given that they are the ones in the most precarious position. In Spain, headlines were given to women in media and other professional jobs. In Britain, the strike was most successful in the universities, with 61 universities taking part. However, the link to CAIWU and sex workers showed that there certainly was support outside the universities.

If women are to truly win all the demands put forward on the day then we must go beyond demands for equality in the system and call for both the end of capitalism and patriarchy. So how is this going to happen? The strike in Spain may have been very successful in terms of numbers on the streets but what will it achieve in terms of winning demands? Politicians and even bosses may pay lip service to the aims of IWD but they are unlikely to do anything about it. In the end, using the success of March the 8th, women and men must continue to organise at the grass roots level and build up a movement that lasts much longer than a day. The linking up of a number of groups on the 8th provides a good basis on which to move forward. 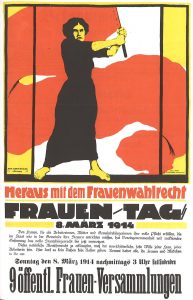 March 8 is International Women’s Day. This date commemorates March 8, 1909, when 129 employees of a cotton textile factory in New York were killed when their own owner set fire to the factory while all of them were inside making a protest demanding labour rights. In addition, the colour of feminism is violet because, it is said, the smoke that came from that fire was violet, like the fabrics that were there that day. At an International Congress of Socialist Women in 1910, Clara Zetkin proposed this date as the International Women’s Day in honour of the cotton workers.