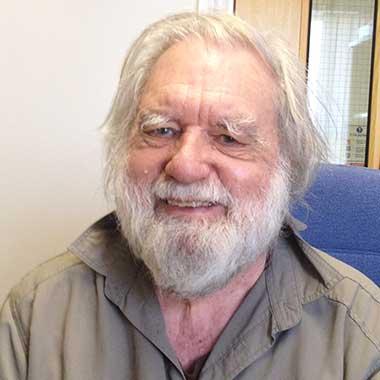 This handy little book has justbeen published. It has its origins in a talk on contemporary anarchism that Brian Morris gave to the Anarchist Communist Group in April 2018 in London, acknowledged in the book. Brian also name checks two members of the ACG for their “encouragement over many years.

As Brian says, he has been defending the “integrity, importance and contemporary relevance of anarchist communism as a historical movement and as a political tradition” for more than 40 years in pamphlets, articles, books and letters.

Brian gives an account of the emergence of anarchist communism as an historical movement and as a distinct political tradition. He outlines the four basic tenets of anarchist communism, as expressed by the likes of Petr Kropotkin and Errico Malatesta. These are 1. A critique and opposition to the State and all forms of hierarchy; 2. A “fervent anti-capitalism; 3. A vision of a free society based on mutual aid, voluntary associations and self-managed communities and 4. A politics grounded in evolutionary naturalism. As he explains, this term refers to an affirmation that the world (reality) consists exclusively of concrete material things, along with their dispositions, qualities, actions and relations with other things. Life, consciousness and human symbolic culture, are, therefore, all emergent properties of material things, and have no independent existence.

Brian then goes on to describe and criticise those radical traditions apart from anarchist communism which seek to challenge global capitalism in varying degrees. He lists these as Stirnerite egoism, individualist anarchism in the form of mutualism, Marxism, religious anarchism, anarcho-primitivism and post-anarchism or post-modern anarchism.

In the third part of the book Brian addresses himself to the post-structuralist critique of anarchist communism. He offers a stout defence against these critiques. He then goes on to detail anarchist communist concepts of power, the human subject and social revolution.

He finishes by discussing the four main political strategies adopted by anarchist communists in order to bring about a social revolution. He calls these insurrectionism, anarcho-syndicalism, libertarian politics and activity within the community, whether neighbourhoods within a city or the local municipality.

By insurrectionism Brian Morris means direct action and the use of protests, strikes, revolts, demonstrations, occupations and riots. In terms of anarcho-syndicalism, he stresses that it is false to set up a radical dichotomy between anarcho-syndicalism (a strategy) and anarchist communism (a political philosophy) as some political theorists have done. As regards libertarian politics, he takes this to mean ideas of municipal action as developed by Murray Bookchin. As regards community activism he cites the ideas of Colin Ward.

There is much that I liked and agreed with in this little book, but also some concepts which I had problems with. Whilst he is able to offer some criticisms of Bookchin, he perhaps does not go far enough. In his final years Bookchin broke with anarchism, regarding it only as the post-left politics of the primitivists, egoists and individualists, and totally ignoring the class struggle anarchist groupings. Brian admits that this is misleading, but seems to let Bookchin off the hook by insisting that his ideas remained libertarian and socialist.

Similarly Brian’s use of the term insurrectionism is confusing, as to many it means the politics of the likes of Alfredo Bonanno, anti-organisational and influenced too much by individualism and gun-toting posturing.

Despite these criticisms, I feel that In Defence of Anarchist Communism is a very valuable book, and one that will hopefully rehabilitate anarchist communism and bring it to the attention of many new readers. As Brian writes: “…it is important to recognise and stress the vitality and continuing relevance of anarchist communism as a political tradition. Like all social movements, anarchist communism is complex, diverse, and ever-changing, open and responding to new events and new ideas…”