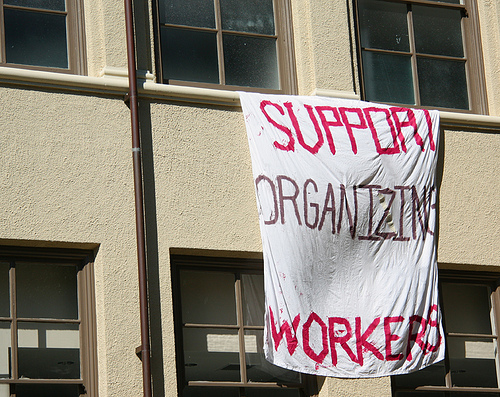 A list of what ballots await; are taking place; being considered, wildcat actions – without formal TUC recognition, would just be a list that changes day by day. Suffice to say the it already includes such sizeable and significant sectors as health, education, legal and civil services as well as postal and delivery. Potentially a greater strike wave than the late 1970’s to early 80’s. This is not a summer of discontent, but the culmination of a generation of discontent. This despite all the legislation setting targets and conditions aimed a making strike action illegal. A class is awakening!

For revolutionists this has been long expected. For capital too! This is why the government has been so determined to provoke the rail strike and defeat it at all costs. Smashing the last remaining organised stronghold of industrial labour since the defeat of the miners in ‘84/85. This is intended to shatter the sharp wedge of resistance and stop those that may chose to follow.

Parallels with the great miners strike are inevitably being drawn, though the differences are as deeply significant as any similarity – the latter largely limited to government intent.

In 1984 the Tories took on the NUM after 5 years of active preparation , such as stockpiling coal and negotiated agreed closures with the NUM under the Plan For Coal. Through this latter facade they had spun Scargill who kept the miners quiet, whilst taking on and defeating other significant sections of the working class, from steel to shipbuilding, nurses to the railways (in 1982 ships returning from the Falklands War, having secured Thatcher’s second election, hung banners saying “call off the rail strike or will call an airstrike”).

The miners arrived late to the slaughter, driven by need and an avenging passion to redress those defeats and stop Thatcherism in its tracks. But the organised working class they needed solidarity from had already suffered bloody defeats. The TUC, guarding what little corporate presence it retained resolutely resisted the left’s simpering cries of “TUC, get off your knees, call a General Strike!”. The TUC didn’t, defeating capitalism was never their job, and the rest is history. It was the last kick of the last major cross sectional strike wave.

The difference now is that this is not at the edge of what collapsed, but at the centre of what is rising. The icecap on the concept of class struggle is melting and those facing the challenge, whilst not from the generation accustomed to victory, are neither accustomed to defeat.

The formidable class weapon of transport is in this case leading the fight and those choosing to follow are motivated by their own need and resolution. A generalisation of strike action without the stultifying patronage of the TUC seems probable in spite of them, raising possibilities of solidarity and unification of demands not experienced previously in the lifetime of most of those in work.

Supporting the linking and unification of class struggle is a central task of all anarchist communists, the more formidable when blocking the saboteur role of capitalist and Labour Party endorsed trade unionism. For this we unapologetically advocate autonomy, combativity, solidarity and the collective escalation of demands as confidence and coordination grow.

TUC, stay on your knees where you belong! For the self organised generalisation of strike action everywhere!