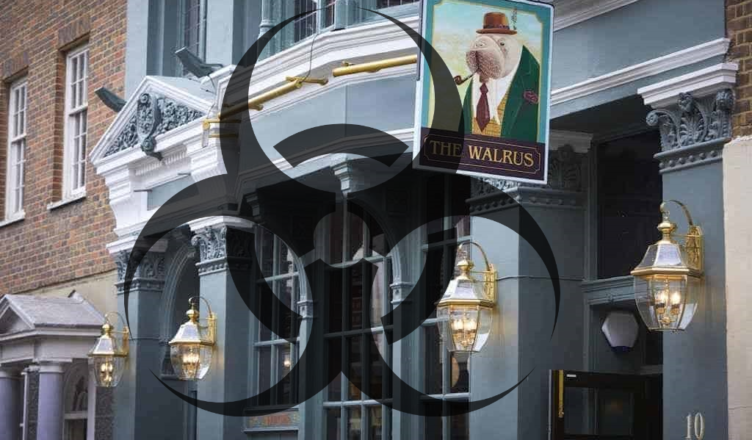 There are plenty of terrible employers out there but the bosses at the Walrus pub in Brighton have set a high bar to beat for scumbag boss(es) of the week.

Despite Rachel Baylis feeling ill and reporting COVID symptoms she was ordered by managers to come into work at the Walrus. Rachel pointed out the obvious to her bosses – that forcing her to come into work was not only against the guidance issued by the government but also a serious safety issue to other staff and customers. Yet this was all ignored by bosses, who demanded she come in, before the employer decided to fire her.

Since Rachel’s story has gone public, further allegations of the atrocious behaviour have been exposed. Including that the City Pub Group, who own he Walrus, fired staff at the beginning of the pandemic in an attempt to stop unionisation.

Sadly stories like Rachel’s are all too often the norm in industries like hospitality. Typically workers in hospitality and other highly casualised industries have been ignored and/or taken for granted by trade unions. Recently, however, workers have begun to self-organise through base unions like the UVW and the IWW. As a result these unions have launched some good initiatives to ensure better conditions for workers. In the new year Brighton IWW will be running sessions to help hospitality workers know their rights and fight back.

This is the type of self-organising that will ensure that poor employers like those at the Walrus pub are stopped in their tracks. When workers support each other then workers can obtain real improvements.

We wish the best of luck to Rachel and all other hospitality workers – stay safe and let’s support each other.