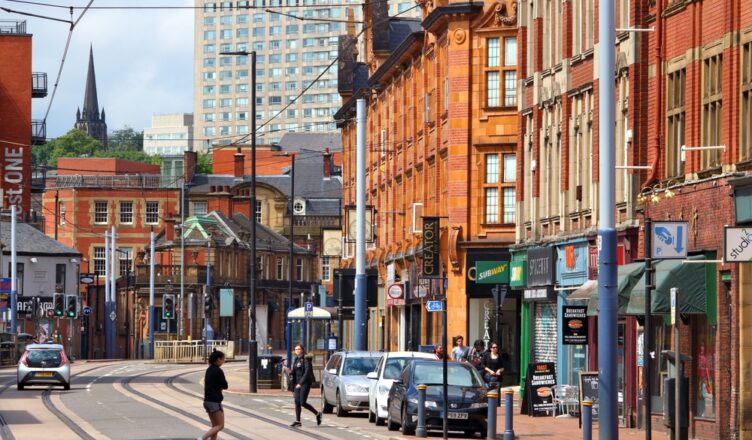 This week, under pressure from the CBI, the Government launched a major publicity campaign to persuade city centre office workers to return to their workplaces. The underlying message, as the well-known champion of working class interests Richard Littlejohn put it, writing from his Florida beachside mansion, “Go back or get the sack”.

Why the panic? It seems most office workers aren’t keen. Fewer than 1 in 5 are back at their desks. According to the BBC, 90% want to continue working from home in one form or another. Some of their biggest employers agree, citing the lack of adequate social distancing in their offices while infection rates remain so high.

The Government claims to be worried about the effects on city centre and town centre economies. This is portrayed through mainstream media as struggling small businesses, such as sandwich bars, coffee stalls and pubs. Be-masked Cabinet Ministers have been sent to out to pose for the cameras, standing around awkwardly in the street, clutching baguettes. Naturally, this is where and how they always have lunch. The location of the photo-calls was unfortunate – always outside Pret à Manger. Pret is a worldwide business with over 380 stores across Britain, not the typical small city centre business. And it’s just sacked 3,000 workers.

What really scares the Government isn’t the fate of local sandwich shops or the thousands of other small family businesses in town and city centres. It’s the imminent collapse across the country of city and town centre development schemes and commercial land values. It’s the loss of highly profitable rents from office blocks and major city centre retail centres. It’s the exodus of finance capital. This process was already underway following Brexit, particularly in London. The pandemic lockdown has accelerated the decline.

This threat to city centre property markets is keenly felt by politicians. Not surprising, when 185 out of the total 630 MP’s have direct financial interests in the property industry, either through share-holdings, rental income as landlords, or from sponsorship and consultancy fees. Property is probably the most powerful parliamentary lobby in the land. You don’t have to bung £10,000 to a Housing Minister’s constituency party to get a £1bn development agreed the day before it would have cost a an additional £30m-£50m, but it helps.

The other workplace absenteeism problem for shareholders, echoed in the Press, is the closure of schools. They see state education primarily as a child-minding service and pre-employment training ground for the benefit of employers, conveniently paid for by workers through taxes. Not enough PPE in schools? High levels of infection in local communities? Children without obvious symptoms transmitting the virus to their families? All nonsense spread by cowardly and lazy teaching staff. Force open the schools and fine parents if they don’t comply, the pretext being the emotional well-being of our children. This recent concern for children’s welfare apparently doesn’t extend to ever-rising levels of child poverty and homeless families as a direct result of Government policy.

Despite nearly six months to prepare for the schools return, the Government has not provided schools with the means to safely teach all of our children at the same time. The recent publicity and policy confusion over the wearing of masks in schools is just one aspect of the wider issue, the lack of safe space. Unless, that is, it’s a private school with much smaller class sizes and the resources to provide remote tuition.

The solution to the problem of simultaneously empty city centre office blocks and over-crowded schools is obvious. Take over the offices and turn them into extra classrooms. If Government and Local Authorities seem reluctant to commandeer or even offer some rent for vacant commercial properties, let local parents and education staff show them the way. And why stop there? Bring empty city and town centre premises back to life. Walk-in shop-front community clinics, community run cafes, housing for the homeless over shops, collective stores, markets and exchanges – the possible uses for disused and empty urban centres are endless. Take over the City!