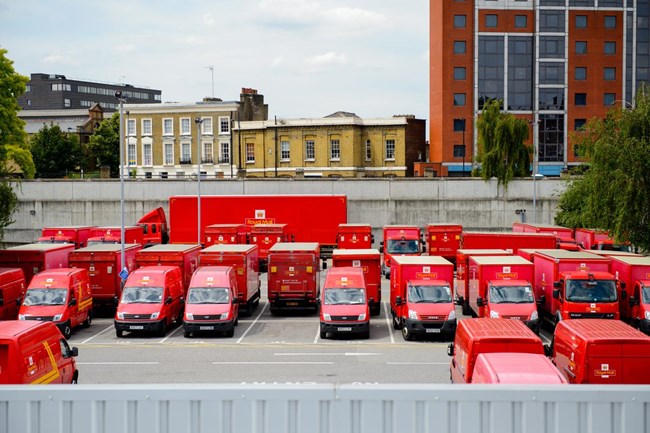 Royal Mail (RM) had now announced that it’s safe from Monday 12th October to go back to the vans again. This is after months of non-driving postmen having to use an increasingly more crowded public transport in order to get on to their delivery patches miles upon miles away. This was deemed safer than van share with your regular colleague who drives the van for social distancing purposes.

Is this out of new scientific evidence or care for the workers’ health and safety? Is it fuck, the whole reason is because a seriously busy Xmas pressure period is predicted with thousands of extra casual staff employed.

That means that RM will have to pay extra money for bus/train fares for the extra staff and they’d rather pay the shareholders and directors that money. On the other hand the union on a local level has stated that this is really not about safety on their part either since the only reason they want staff to use public transport is because they think it will delay workers reaching their patch and in the long run help save jobs through people working longer shifts.

Clearly neither union or management really cares about the most important issue, “health and safety of the staff”.

The van scheme, is so far, voluntary, but all the CWU is advising is that workers do not volunteer for the scheme.

Along with this there is talk of taking staff out of some offices in central London (workload down for now because of less residential delivery points and office closures during the pandemic) and ship them to other offices that have seen work go through the roof.

This will be temporary for now says RM but who could trust them? This could lead to a strongly casualised workforce within the business and needs to be opposed.

Oh, and strangely there hasn’t even been as little as a peep from the posties union, the CWU, nor RM for staff to get Covid tested even though we are facing the public every day of the week and even considered as key workers by the government. It couldn’t possibly be that the main reason for lack of tests is the repercussions on the business if a lot of staff would be proven to have/had the virus?

The only thing that’s offered through RM is a free flu jab at Lloyds pharmacy (we need to sign and confirm that we’ve had it so we can’t pull a flu sickie over Xmas). Only problem is that apparently Lloyds haven’t got the jabs so we are still waiting.