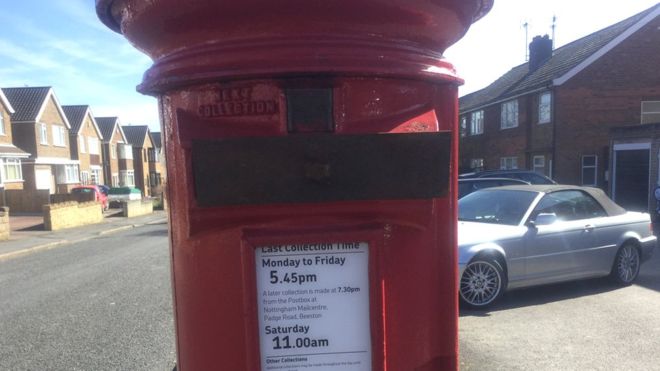 It was sparked by the return of a manager regarded as particularly aggressive. His behaviour has involved use of disciplinary action, harassment of militants and removal of bikes used by postal workers. He had already been removed twice from the Bridgwater Delivery Office because of previous disputes.

Workers then voted to stay out on strike on Friday after the manager continued with his aggressive behaviour.

Despite the ousting of Royal Mail boss, Rico Back, (see our previous article, Bye Bye Rico) and his replacement by Keith Williams, managers are still pursuing an aggressive attitude and are attempting to attack local deals between management and workers. This would mean workers working longer and later.

Bicycles are still used by postal workers for mail delivery at Bridgwater whilst they have been scrapped elsewhere. This retention of bicycles is due to strong local organisation.

Management have also attempted to bully workers by alleging “wilful delay of the mail” when workers refuse to work beyond their contracted hours. This is a serious charge that can lead to instant dismissal and demonstrates the belligerence of management.

It is unlikely that this is a one -off incident by “rogue” managers. It is more likely that this was a move by management to test resistance by workers. Rico Back has gone but the new head honcho Williams has talked about implementing “an accelerated pace of change across the business”.

The Warden of Goldsmiths, Frances Corner, announced the College’s decision to refuse to extend the contracts of Associate Lecturers (ALs) and Graduate Trainee Tutors (GTTS) during the Covid-19 pandemic in order to make use of the Government’s Job Retention (furloughing) scheme. Frances Corner has an annual salary of £238,000 whilst ALs and GTTs account for 7% of the College’s wages bill whilst doing 40% of the teaching work.

No rationale for the decision was given, except for the ambiguous statement that SMT ‘decided it is not appropriate’. The question is, what does ‘not appropriate’ mean here? From a legal perspective, it is clear that extending the contracts of Associate Lecturers and Graduate Trainee Tutors with the purpose of furloughing them is absolutely ‘appropriate’. Government advice clearly states that ‘no employee on a fixed term contract can be re-employed, furloughed and claimed for if… their contract expired on or after 28 February 2020’. Furthermore, the Government also clearly says that ‘if the employee’s fixed term contract has not already expired, it can be extended, or renewed’.

It is perfectly clear that the furloughing scheme is intended for those on fixed term contracts, as ALs and GTTs are, and that those contracts can be extended with the express purpose of furloughing. This is a sentiment that was also affirmed in an article written by Michelle Donelan, the Universities Minister. It is also clear that Goldsmiths intends to make use of the furloughing scheme for other staff members, with the Warden’s statement also claiming that ‘HR will formally write to the staff to be furloughed next week proposing furloughing and giving them a week to consider and confirm their agreement’.

As a result, teachers have decided to withhold unpaid labour and marking, through a refusal to return assessment grades until Goldsmiths reverses its decision. Many of the casualised staff come from a Black, Asian, and Minority Ethnic (BAME) background.

One graduate teacher said ‘it seems like Goldsmiths has shifted their financial concerns onto the most precarious among us. As frontline staff, we are often the only people the students have direct and sustained contact with. This has become clearer through this lockdown, as we have worked tirelessly and over our contracted hours to make sure our students stay connected with the college, providing pastoral care alongside our teaching roles’.

Meanwhile Goldsmiths is fine with expensive projects like a new gallery and the enterprise hub which will cost £6milion.