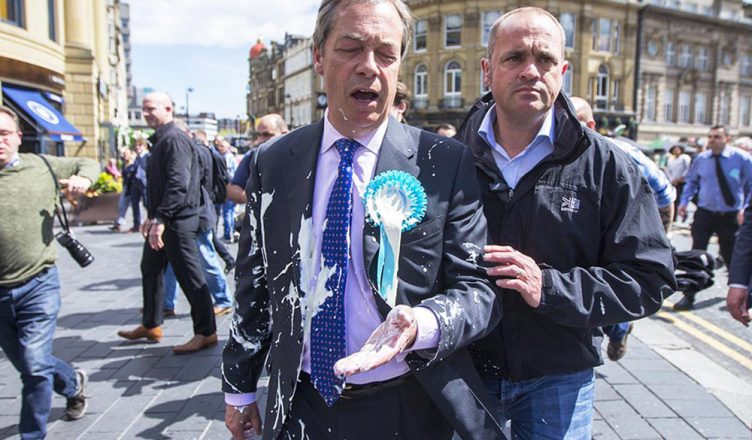 Party leader Nigel Farage says that the Brexit Party is a business not a party… and that it is a party (often in the same breath).

So which is it? Probably both and neither. It is a business because it exists to make money through exploiting people (the members); and it is a party because it is using organisation, money and the electoral system to try to effect political change.

It has learnt from the Italian 5 Star party, being populist and superficially radical ‘anti-establishment’. Organisationally, it is heavily engaged with its members via the internet, giving them the illusion of control and being listened to, but the policy is decided entirely by the leader.

Uniquely, it’s a political party with only one policy – the U.K leaving the European Union. Farage claims that he left UKIP because it had been taken over by far right ‘thugs and extremists’ (funny how that always happens to him). He has consistently spouted anti-Muslim and anti-immigrant rhetoric, saying he would ban migrants with HIV from entering the country, would feel uncomfortable if ‘a group of Romanian men’ moved in next door, and when he hears people speaking a different language on the train. He has also described parts of the UK as a ‘foreign land’ (strangely that’s not the gated communities of the rich he’s talking about). Sounds to us like he’s pining for Apartheid South Africa.

What is Brexit concretely beyond leaving the EU? The truth is that it’s a Trojan Horse for a raft of unsavoury policies that professional Brexiteers want to bring in by stealth: demolishing the welfare state, privatising the NHS, greater freedom for bosses and landlords to exploit and pollute, a worsening of the ‘hostile environment’ towards immigration in the UK that led to the Windrush scandal, minimal rights for workers and tenants, fewer rights for women and LGBTQ+ people, etc.

The Brexit Party (and previously UKIP) already influences the policies of the main parties, regardless of how many votes or seats they win, including those of Corbyn’s Labour Party who have already backtracked on immigration (and don’t forget that it was the 1947 Labour government who were secretly plotting for the Windrush’s passengers to be taken elsewhere). We won’t resist these policies through voting for political parties, but through organising in our communities and workplaces, and through direct action.