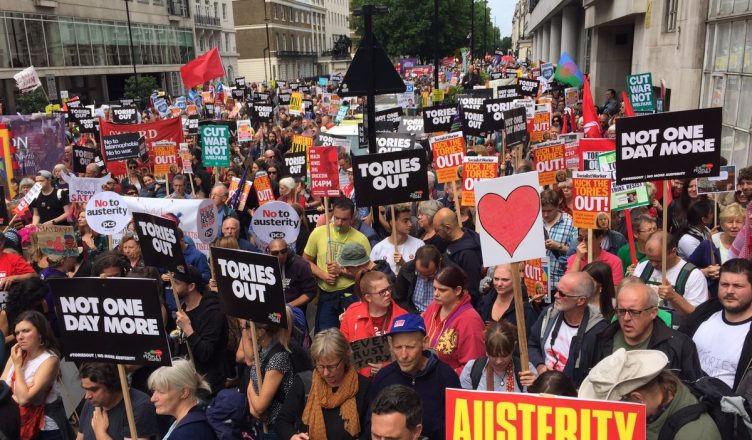 More than 250 patients waited 12 hours or more in accident and emergency departments in November 2018 according to NHS figures. More than 54,000 people waited than the target maximum of 4 hours, meaning only 87.6% of patients were seen within that time span.

Wages are still a third lower in parts of the UK than they were in 2008. A TUC research department reports that the average worker has lost £11,800 in real earnings since 2008. Worst effected were parts of London, Surrey, North Yorkshire and North Wales.

Another homeless charity Shelter reported that 1 in 200 people in Britain were now sleeping rough or in temporary accommodation, with homeless figures soaring by 1,000 a month. The rollout of Universal Credit and the freezing of local housing allowances has put the cost of basic accommodation out of the reach of many. Combined with the lack of social housing, rents that have risen massively, and cuts in social welfare, a perfect storm of homelessness is developing. This is not some sort of abstract problem, many if not all of us have walked down a street and seen one homeless person after another sleeping on the pavement or in doorways.

In places like France and Hungary, there have been mass protests against this Age of Austerity. Isn’t it about time it happened here?