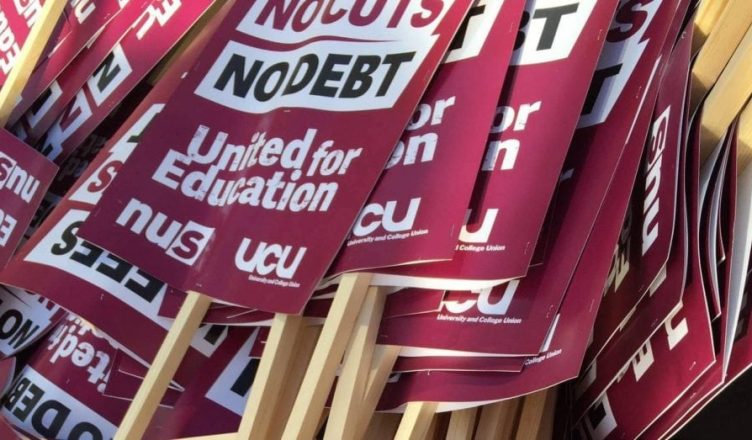 Institutions exist to do the exact opposite of their stated aims. The police force don’t exist to protect you and stop crime, but instead to keep you in line and to facilitate a unilaterial class war.

Schools don’t exist to educate people and teach them how to think independently, but rather to indoctrinate and create obedient workers.

Governments don’t exist to enact the political will of the people but to frustrate it.

The same is true of student unions. A few months back, there was a wave of student activitism, with hundreds of students across the country occupying in solidarity with academics whose pensions were being obliterated. These actions, and many others like them, are great. They lead to the radicalisation of those involved and widen the terms of political debate on campuses – for example Leicester University’s student occupation was calling for senior leaders of the University to be elected rather than appointed.

But this isn’t the first time we have seen this happen. Every now and then the student movement starts to take actions, these actions start to gain speed, but then suddenly die out. When I was at University the government was passing legislation to treble tuition fees, and students attacked the buildings of political parties in London and made a move on parliament, but then these movements died out.

They died out for several reasons, but one of them is because students engaged with their Students’ unions. SU’s are neither unions, nor are they made up of students. In fact, they have a fundamentally different set of motivations and priorities to the ‘student movement’ and student body which they claim to represent.

Student unions are a problem in a series of different ways. First of all, they direct the energies of some of the most active students (and also some of the most despicable) into electioneering. A handful of students each year become paid elected representatives of the student body. These students are led to believe that once elected they will be the recognised legitimate voice of students (they won’t and they aren’t) and that they will be in control of the Student Union and its institutional power (they won’t be and it doesn’t have any). This wouldn’t be a problem in and of itself, if it wasn’t for that fact that the process of gaining and maintaining elected office takes a number of students who could be challenging pre-existing figures of authority, and leads them to imitate them instead.

The second way in which student unions are a problem is that they claim to be the legitmate voice of students. How can a handful of elected students represent an entire student body? And would they if they could?

Student unions can claim to make representative decisions without ever consulting the student body, or they can consult it to death. What should the graduate office be called? How many representative roles should a student be able to undertake at one time? Should we change article 7 of the code of conducts for international volunteers working in Sainsbury? As a result, students disengage.

In these ways, the Student Union becomes a proxy for student opinion that can be slapped on to decisions as a method of legitimation, often without a single student being meaningfully involved. This, in turn, kills any radicalism within the student movement because it’s hard to campaign against a decision which your representative body has already legitimised – and its impossible to make meaningful change at your institution if you have to formally change the position of your SU before even starting on the university.

And a final problem with student unions is that they last a long time. SU’s have a separate set of institutional interests to the student body as a whole, as SU’s receive large sums of (originally student) money from the university, and are dependent on the university allowing them access to key personnel and meetings to make change. Therefore SU’s will always delay challenging the university in the hope of maintaining relationships with the university so change can be made at some later (unspecified) date, and the large number of SU staff (full time paid people who aren’t students) can continue to pull their salaries in the meantime. Most students are at university for three years, but SUs put off challenging the university indefinitely.

What does all this mean for the student movement? For individual students it means avoid SU’s like the plague and be aware that they replicate and perpetuate power structures that exist across society as a whole.