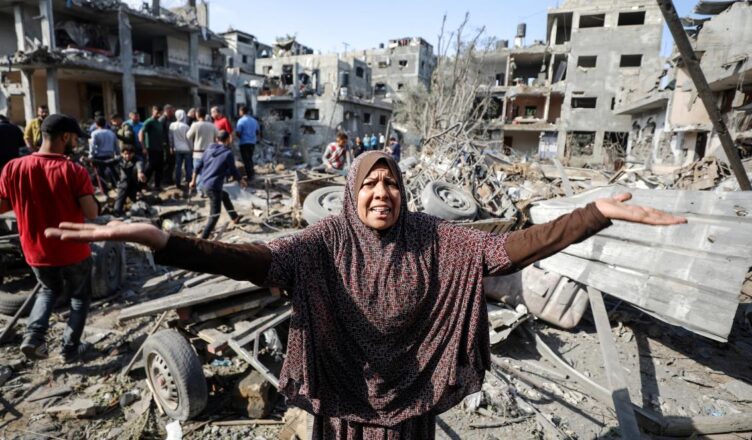 So here it is, another murderous assault on Gaza by the armed forces of Israel, with relentless airstrikes killing men, women and children and terrorizing unarmed civilians in what will be called ‘war crimes’ as if war itself were not the crime. So far, around 200 Palestinians are dead, including 58 children – or what the BBC describes as children ‘caught up in the conflict’ because they prefer not to say plainly: they were slaughtered. In this latest pogrom, the Israeli Defence Forces (IDF) have made clear that this is only the beginning of a larger project to attack the administration in Gaza, dominated by the Hamas organisation. The latter, for their part, have made noises about being prepared for an escalation of hostilities whilst (mostly) impotently throwing missiles at Israel. Ten Israeli citizens have died so far. None of them, as far as we can tell, politicians.

The latest eruption of open violence came after a period of provocation on the part of the Israeli state, with an acceleration of state sanctioned settler land grabs, but particularly around the Haram al-Sharif/Temple Mount holy sites in East Jerusalem. Paramilitary police and soldiers assaulted Mosque attendees whilst right wing Israeli nationalists held aggressive marches shouting ‘Death to the Arabs’. It should be noted that Israeli Prime Minister Netanyahu has been having a torrid time with his criminal trial for fraud and corruption scheduled for later this month. The assault on Gaza, whilst nothing unusual for Israel, was nevertheless conveniently timed for ‘Bibi’, himself under siege.

And, as ever, the working class population of Gaza are those who suffer most beneath the phosphorus explosives and the ‘death from above’ of Israeli rockets and jet fighters who meet with little resistance from a Palestinian government which, whilst armed to the teeth with small arms, has no air force or air defence. Hamas continue to hurl surface to surface missiles in something between impotent rage and a desperate attempt to maintain themselves as defenders of the Palestinian people. Hamas cannot afford a defeat in front of its own population. The proletarians on both sides of the conflict suffer most from the escalation, while the respective leaderships can divert attention from their own problems.

What is new, is the eruption of anger amongst Palestinian citizens of Israel/Israeli Arabs, who have been holding protests in Israeli cities with significant Arab populations. These have been attacked by far right Israeli nationalists, becoming actual sectarian riots. It is the task of internationalists on the ground to resist this descent.

Because a solution to the conflict can ultimately only be a common, classless and stateless society in which people of different religious (and non-religious) and ethnic backgrounds can coexist peacefully. And the way to achieve this can only be through class struggle, with workers uniting on both sides to improve their situation and thereby overcoming long-held resentments. It is the task of the anarchist and libertarian communist movement to push for exactly this.

On both sides of the conflict there are actors who see things fundamentally differently, who either want to see one side eradicated from the area or pushed back by the settlement policy and are prepared to sacrifice the lives of non-combatants in the fight for their own interests. We reject both, as it is at the expense of the proletarians and only serves to deepen the divisions within the class. Resistance is needed against both the Israeli state and the Palestinian leadership.

Resistance against the Israeli settlement policy is necessary and justified, but this can often be accompanied by anti-Semitic resentment and attacks on the non-combatant population. We must reject this. Similarly, in other countries, sympathy for the plight of ordinary Palestinians and opposition to the Israeli State’s attacks on them can sometimes attract anti-Semitic fellow travellers, or slogans such as ‘We are all Hamas’. These elements must be shunned.

Our position in the current escalation

The escalation, which is at the expense of the civilian population, must stop immediately. Israel must stop its attacks! On the ground, there needs to be a clear distancing from the right-wing Israeli leadership* and also the Islamist, anti-Semitic Hamas. The Palestinian masses need to be self-organised and outside of the control of Hamas or the PLO factions – to some extent, this is already happening**. Measures such as the evictions in East Jerusalem must stop and the settlement policy of Israel in the West Bank must be halted. Ultimately, there needs to be a unity of the proletariat in the region, a militant movement and a clear struggle against the repressive, anti-Palestinian Israeli regime and reactionary, anti-Semitic, religious-fundamentalist, racist ideologies and against capitalism and the state.

** ‘An extraordinary feature of the demonstrations is that they are primarily being organized not by political parties or figures, but by young Palestinian activists, neighborhood committees, and grassroots collectives’ (927 Magazine).