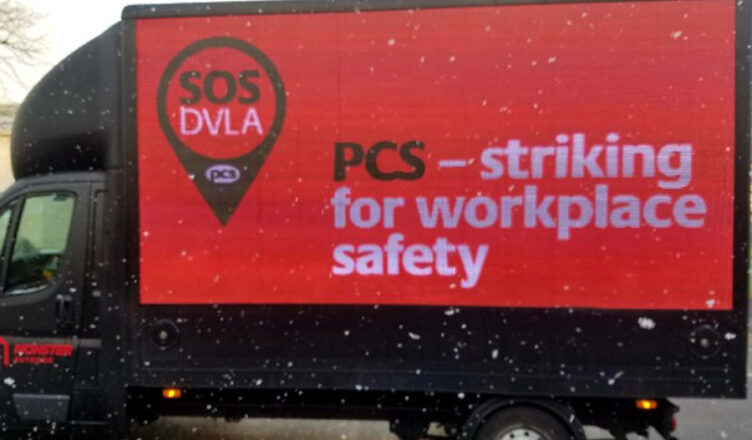 Article originally from the No Safety No Work website

Workers at the Driving and Vehicle Licensing Agency (DVLA) in Swansea started a four day strike on April 6th over COVID fears. Support for the strike was solid at the Morriston HQ of DVLA.  Six thousand people work for the DVLA. Fifteen hundred have been working from home during the pandemic but those who have to turn up are extremely concerned about working conditions in relation to coronavirus safety.

A member of staff, who did not wish to be named, claimed ahead of the industrial action that lower grade staff were being made to go into the office, whilst managers were able to work from home. Workers claim that lower grade staff are being forced to go into work. One worker said that non-essential work was still being carried out, and as a result workers were unnecessarily on site.

There have been 600 cases of COVID at the site, one of the highest rates in the UK.

Workers want to be able to work from home and those who can’t but don’t feel safe at the Morriston building should not be forced to do so.

The fact that so many are prepared to strike shows the seriousness of the situation.

Meanwhile court workers at Liverpool and Snaresbrook (in east London) Crown Courts voted in March to go on strike over COVID safety concerns. They want courts to be closed and only reopened with regular testing of staff and increased safety measures.