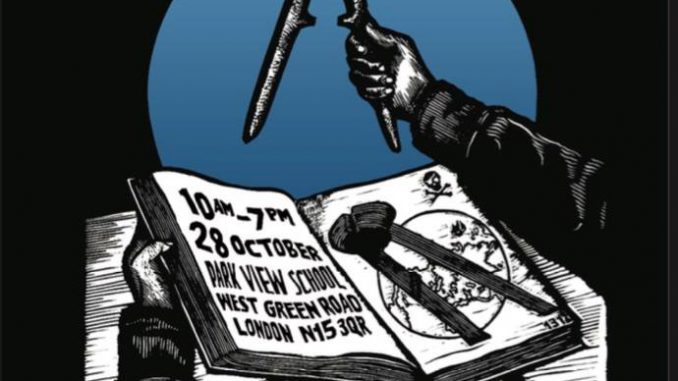 Former members of the Anarchist Federation

Events at the Bookfair

The women who came to the Bookfair to distribute leaflets against the Gender Recognition Act certainly came to provoke a debate and ended up negatively disrupting the Bookfair.  Helen Steel in her support of their giving out the leaflet (though she herself did not write it or hand it out) has been criticised. However, the reaction of what can only be described as a mob is completely unacceptable. Keeping in line with what we argue above, no one of our comrades should be treated as the class enemy and be intimidated physically or emotionally. Helen has been a comrade and an active class struggle anarchist, involved in campaigns and struggles for decades. At the Bookfair itself she was involved in giving two meetings and personally has been under serious attack from the State. This does not mean that she was right but she should not be challenged by a mob. If people disagree with her views on transgender issues, then there are other ways of expressing them. And this leads on to the next question. What exactly is a correct line on transgender?
Increasing numbers of people are questioning their gender identity and seeking to re-identify as the other gender or to reject all gender labels and refer to themselves as non-binary or gender-fluid. However, the way the debate is often framed is, ‘there is no debate and it’s not up for discussion’. In other words, there is only one ‘correct’ position with no room for a nuanced understanding, and the trans activists and their ‘allies’ in the anarchist and other political scenes hold exactly that position. However, it’s worth pointing out that not even all trans people agree with this ‘correct’ position. Yet anyone who disagrees or attempts to take a nuanced view is labelled a transphobe or a TERF which means that they immediately move to a ‘beyond the pale’ status where they are the enemy. Therefore it is perfectly acceptable to hurl abuse, physically evict them from spaces and send death threats.

We acknowledge that within the wider feminist movement, there are some deeply offensive views and comments with regards to trans women that can only be described as hate speech. At the same time, to disagree even slightly with the view that transwomen are women in the same way as those who were born female and have been socialised to be women is often seen as hate speech. Clearly, it isn’t. Trans women and those born and socialised as female often face very different challenges which may need to be dealt with in different ways, even sometimes separately. To acknowledge this is not ‘transphobia’ and doesn’t make someone a ‘TERF’ (although we are aware that such ‘difference’ is made a point of emphasis and weaponised by some of the more unpleasant elements in the feminist scene).
The choice seems to be to accept, without question or nuance, the view that transwomen are women or be moved to the category of enemy that is normally reserved for the likes of fascists, rapists and capitalists.
It seems that most people prefer, therefore, to just keep quiet. This situation is toxic. We should not be in a situation where people who are all struggling for a better society are unable to have open and comradely discussions about their views. It may be difficult but it is essential if we are not going to tear ourselves apart.